Courting cosmetology students to find new techs for your salon takes some effort, but in a tough recruiting environment, it makes a lot of sense. What’s more, recent graduates can be valuable additions to your team for a number of reasons, according to Chris Murphy, co-owner of Maximum FX Salons in Austin, Texas, and the founder of MotivePoint.biz.

Murphy cites three reasons you should look to cosmetology schools to fill openings at the salon:

1. Students are more malleable. They’re like sponges, soaking up everything. There’s virtually no need to un-train bad habits and re-train good habits.

2. Students tend to be more loyal. After all, you saw something in them before they really had any experience at all. Because you believed in them from the beginning, they will tend to have a special and lasting attachment to you and your salon.

3. Students tend to be more open to new ideas. They’re receptive to innovative approaches and smarter ways to do things.

The secret, says Murphy, is to get into the schools and teach the students how they can become successful in your salon, how you do things better, and most importantly how they can have a career (not just a job) with you. To that end, he regularly speaks to students at local schools, letting them know what to expect when they graduate and helping to set realistic expectations.

Murphy also hosts in-salon classes for students where they market to the students as if they were customers. “The classes establish a relationship and pull them into our culture and our space,” he says. He announces upcoming classes by posting a flier by the school’s timeclock and allows students to sign up via text. “Last round we had 30 people signed up for a class in just four hours,” he says. “The classes also serve as a sort of vetting process since the students who sign up are the hungry, responsible, A-players we’re looking for.”

In addition, Murphy recommends holding on-site interviews at the schools as an efficient way to recruit. “We send the director a sign-up sheet beforehand and schedule interviews on the half hour,” he says. Once on board, the students complete a training program to refine their skills.

Meet nail tech an stand-up Angela Thorson. Despite meeting some challenging experiences along life’s journey, Angela continues to look on the bright side and keeps her community — and often her clients — laughing as well.

Buying Salon Software? Here’s What You Need to Know

If you're a nail salon owner and looking for a new salon software...consider this.

The CEO and founder of online and mobile platform Beautician List, nail tech Dasha Minina wants to raise the standard of professionalism in our industry.

You can begin your career as a salon owner in the black: Start saving early, do your research, hunt for bargains, and keep overhead low.

Julie Kandalec is the real deal in the nail world. She has done just about everything as a celebrity manicurist including fashion week, editorial and advertising campaigns and red carpet. Here she gives her top tips on working with celebrities as well as some of her favorite (and not so favorite) moments in her 20 year journey.

Salon management software keeps your client information and financial data safe and secure while reducing the risk of fraud and theft.

Create Your Ideal Salon Space with Guidance from a Design Pro

As a salon owner, you know that great service isn’t the only reason why clients choose where to get their hair done. It’s the environment and ambiance of the salon from the moment they walk through the doors. How do you create that memorable experience?

Modern Luxury: Does Your Salon Space Have it?

When was the last time you entered a business and felt a sense of bliss and peace the moment you walked in the door? Michele Pelafas, a leading interior designer in the spa and salon industry for more than 20 years, says the modern definition of luxury encompasses much more than furniture and finishes.

Joanne Sorbello and Armani Je'ton share details, tips and the behind the scenes scoop about their journey to success.

In our video section, watch salon professionals in action, listen to the advice of salon business experts, and tour inside the world’s top salons. 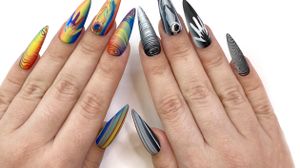 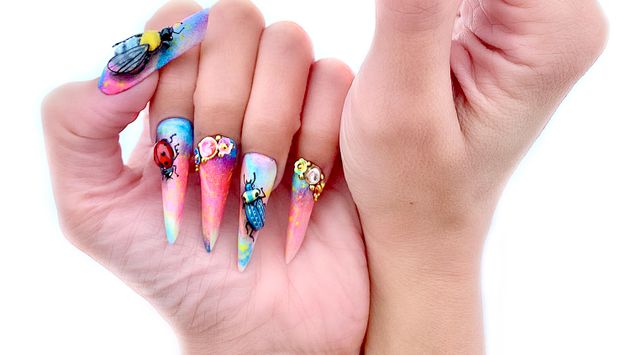 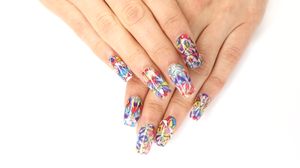 Transport Back to the ’90s at Nail Addicts Studio

The secret to keeping your clients happy and your business in order...

Crowdsourcing: What will you be doing differently in 2020 when it comes to nails?

This month we asked nail techs: What will you be doing differently in 2020 when it comes to nails?

After recently announcing the 2019 NAILS Readers' Choice Awards, we asked guest editor Ashton Harlan which products got her votes.