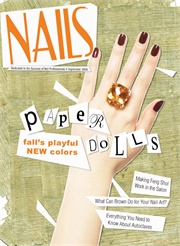 The Maggies are awarded for editorial, design, and promotional excellence. Trade and consumer magazines published west of the Mississippi River are qualified for the awards. The Western Publications Association (WPA) is a non-profit trade association working to advance the business of print and electronic magazines in the western United States.