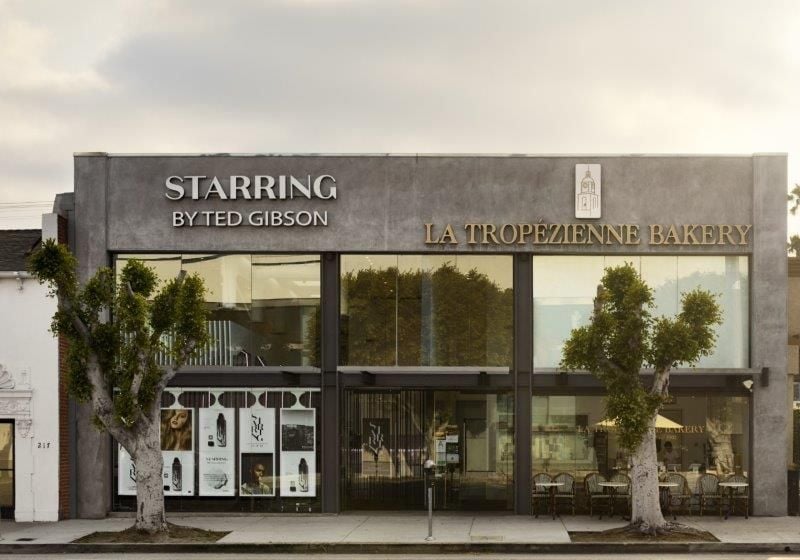 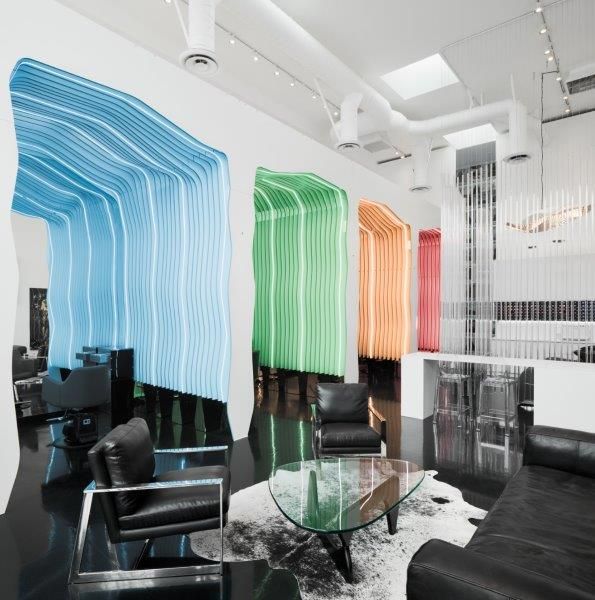 In solidarity with salon owners across California, celebrity stylists and small business owners, ​Ted Gibson ​and ​Jason Backe​ announced plans to re-open STARRING by Ted Gibson, their Los Angeles-based, smart salon, five months to the day that salons in California were originally shut down by the governor.

Gibson and Backe claim they are leading by example in solidarity with many of the 53,000 State Board of Barbering & Cosmetology-licensed establishments who have implemented COVID-compliant safety protocols and reopening procedures.

STARRING by Ted Gibson​ is the world’s first smart salon powered by Amazon and Alexa whose salon concept is based on a women’s desire to have an intimate, individualized, luxury experience. The salon is and always has been socially distanced by design with salon chairs 8.5 feet apart and within their own private and partitioned ‘cloud.’ The by-appointment-only boutique is exclusive, with no front desk and assistants. It also is completely cashless and without retail products. The salon has followed all CDC guidelines (that the CDC officially endorsed on July 17), yet was forced to close its doors for months.

Gibson and Backe, along with the Ted and Jason along with the Professional Beauty Federation of California say, “Enough is enough!” Through this public act of re-opening their salon, Gibson and Backe say they celebrate the professionalism, safety and educational training of all of their fellow 621,000 licensed beauty industry professionals, unifying the voice and  frustrations of the community to raise awareness of this industry’s plight on both a local and national level.

This act fights against California Governor Gavin Newsom’s decision to prolong the shutdown of 53,000 salons, spas, barbershops and nail salons across the state as COVID-19 cases spiked across the state. Gibson and Backe claim this decision put professionals and consumers at great risk by incentivizing underground services outside the safe and controlled environment of their licensed establishements.

“As an industry that is often overlooked, we will not be overlooked anymore. We are licensed in sanitation, anatomy and physiology. We are opening STARRING by Ted Gibson because we will not let ours and other small businesses die,” says Gibson.

“On March 26, Governor Newsom responded to legal and political pressure by opening up hair and barbershops followed later by nail and skin services. However, on July 13 the Governor reversed his position yet again. At the same time, he offered what became largely an empty gesture of allowing some limited services to be done outside our shuttered salons, spas and shops,” says Fred Jones, PBFC Counsel. “Unfortunately, the result of these on-again, off-again, partial shutdowns have been a huge rise in bankruptcies and even larger percentages of underground services, which risk the financial security of our licensed professionals and the health of our beloved clientele. The safest and most responsible salons are getting hit the worst by these prolonged shutdowns, since they are unwilling to do clandestine services in homes, and cannot perform their high-level services outside under a tent.  They prioritize safety and have remained in compliance with lockdown orders that have unfairly targeted our safe industry, which do not take into consideration our extensive training in cross-contamination, disinfection and sanitation protocols.”

Backe adds: “Our state government has classified salons and hair dressers as dirty and dumb. We are  licensed professionals who are trained in sanitation protocol and at STARRING by Ted  Gibson we are taking a stand to make sure that our voices are heard to save our small  business and hairdressing community.”

STARRING by Ted Gibson will be represented by Civil Rights Attorney and Trial Lawyer​, Mark Geragos. “As a civil rights attorney who’s dedicated 37 years to protecting “the little guy and gal” from unconstitutional and unfair treatment by much more powerful  and abusive government agencies, my heart goes out to the beauty industry most of  all,” Geragos says. “They are an industry built upon formal education and training and state licensure  that assures consumer protection; yet the same state that has given them their license  to service their clients has now prevented them from working for 5 months, while large multinational corporate retailers and other so-called ‘essential businesses’ have not  been locked down one single day.”

About STARRING BY TED GIBSON: STARRING by Ted Gibson is a multi-faceted lifestyle brand that encompasses a smart salon in Los Angeles, a luxury hair product line and 30+ year industry expertise from brand co-founders Ted Gibson and Jason Backe. As industry icons, Gibson and Backe have worked on such celebs such as Angelina Jolie, Rachen Brosnahan, Priyanka Chopra,  Anne Hathaway, Sandra Oh, Lupita Nyong’o, Jessica Chastain and many more.

About The Professional Beauty Federation:  The Professional Beauty Federation of California (www.beautyfederation.org​) was  formed in 1999 to give a united voice to all state licensed hair/nails/skin professionals in  the most populous and influential state in the union, where the laws and regulations  governing this industry are set/enforced.  The mission of the PBFC is to raise the professionalism of the barbering/beauty industry, without favor, treating every sector and each of this industry’s diverse licensed professionals with equal dignity.  Since May, when the PBFC filed a federal lawsuit against Governor’s Newsom’s prolonged shutdown, the PBFC has led the effort to get our safe salons reopened.  They have consistently called for Governor Newsom to #OpenSalonsNow!

About Geragos & Geragos, APC:  Geragos & Geragos, APC, is a boutique law firm focusing on complex civil litigation and criminal defense, with offices in downtown Los Angeles and New York.  For more than 50 years, GERAGOS & GERAGOS has fought for the rights of clients in criminal law and civil law litigation matters. Our team of experienced lawyers has tried more than 1,000 cases. The experience and tenacity of the firm has earned it an international reputation.