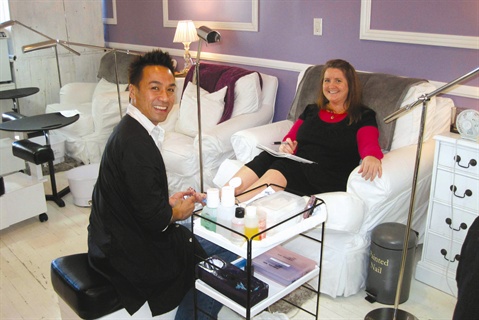 Hannah Lee has been an editor on NAILS Magazine since 1999, and executive editor since 2005. She oversees the entire editorial production of the magazine from concept to completion. A native of Virginia, Hannah moved to California in 1999 to pursue a journalism career (and to live closer to the ocean).

Hannah is an avid salon-goer and visits several salons a month. In the photo she's visiting The Painted Nail salon in Sherman Oaks, Calif., and enjoying a pedicure by nail technician Thomas Le.