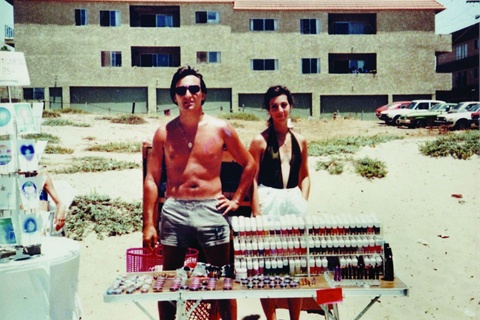 Founded in 1981 by Tony Cuccio, his wife Robbie, and brother Steven (sharing the NAILS cover, shown below) with Tony,  (read their 1985 interivew here), the company started by selling cosmetics on Venice Beach in California.

According to Cuccio, in 1981, the three would-be entrepreneurs arrived in California from Brooklyn wth 13 suitcases, one of which was filled with nail polish and lipsticks. They set up shop on a Venice street corner and found their products in high demand. Their focus in the early days was private label products at low prices. And while the company grew and their name became well known in industry circles, their mantra stayed the same: help nail technicians make money. 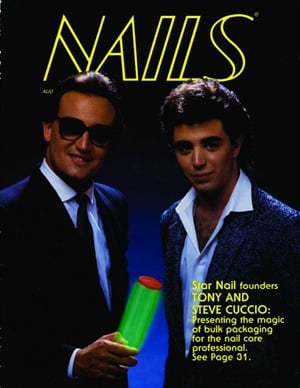 Today Star offersmore than 400 brands of nail products in 120 countries. Total sales of all Star Nail factories over 25 years are reaching $1 billion in sales.The company's international headquarters are in Valencia, California.