(Text from company's website) Jessica opened the Jessica Nail Clinic as the first “nails-only” salon in the world dedicated to her innovative Natural Nail Cultivation System — which promotes the health and growth of nails.

Jessica revolutionized the nail industry with her unique philosophy that “all nails are not alike.” Just like skin and hair, there are diff erent types of nails: Dry, Brittle, Normal and Damaged. She was the fi rst to develop formulas for each nail condition in 1978 and altered the way in which manicures are off ered. Her mantra has always been: “Every woman can have long, strong, beautiful natural nails.”

In 1974, “First Lady of Nails,” was the name given to Jessica by The New York Times.

Jessica was the first professional manicurist recognized in the media with a newspaper article published in 1969 that brought national attention to nail care.

Jessica coined the “natural manicure,” highlighting white tips with a clear top, recognized by Time Magazine in 1973 with Joanna Carson. Today, her famous manicure is commonly referred to as The French Manicure.

NAILS: How did you get started?

Jessica Vartoughian: I came to the United States from Romania after I graduated from high school and I was very young, just 17. I wanted to go to college, but my father said I had to earn money. So I went to beauty school. And I did not speak any English.

Being European, I was very meticulous and I found out that I was very talented at doing nails, even though I failed the exam twice. My first job was at a small shop on the Sunset Strip. Lenny Bruce’s father-in-law owned the shop and all the movie stars were going there. After a year there, I went to another shop in Beverly Hills with exclusive customers.

After about three years I developed a system called Nail Cultivation. In 1969, with the success that I had by starting my own system, I opened the first salon in the world dedicated only to natural nails. And I never changed that.

What is the most significant change you’ve seen in the industry over the last 20 years? 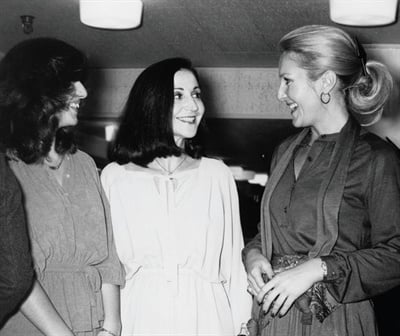 How have you changed the industry?

Jessica: I think I was one of the first to go with a distributor in 1986. There was a revolution for them to have a nail care division. But natural nails were difficult to sell.

I was also one of the first to do telemarketing and direct sales to salons. I understood that the sales rep could not talk about natural nail care, so I decided to do direct sales and slowly to get out of distribution. There was no way they could focus on natural nail care. In 1985, I also began expanding my business into Japan. We were one of the first companies to go big internationally. In 1990, we entered Europe and really began building our business over there.

How has your company changed over the last 20 years?

Jessica: We have products available for every type of problem nail. Everything that we offer was developed in the salon. We never rest on our laurels. We have a brand name that is known all over the world. Everybody knows the name Jessica and the quality associated with that name.

What will your company be like when NAILS turns 40?

Jessica: I hope my children will follow in my footsteps. I hope every consumer in this world will know about Jessica products. I would like to see the company keep the Jessica brand name. I would like to be able to teach manicurists all over about all of our natural nail systems.

What are the moments you would like to forget?

Jessica: I developed a line called Pro-Line and the idea was to dry the nails quickly. But we ended up with a lot of bubbles and a lot of troubles. It dried too fast and evaporated too quickly.

What other companies do you think have contributed significantly to the growth of the industry?

What would you say to techs coming out of school today?

Jessica: School doesn’t mean much. It’s sad. But at most schools, they can’t really afford to have an experienced nail teacher. I urge nail technicians to take more classes once they are out of school. They need to really understand the natural nail and it will make their lives so much easier.

Tell us one thing about you or your company that we might not already know.

Jessica: When I develop a product, I like to have my creativity with the company. We all make decisions together — from the marketing person to the bookkeeper. Everyone is involved with product development, even overseas people. I want to know what everyone thinks.