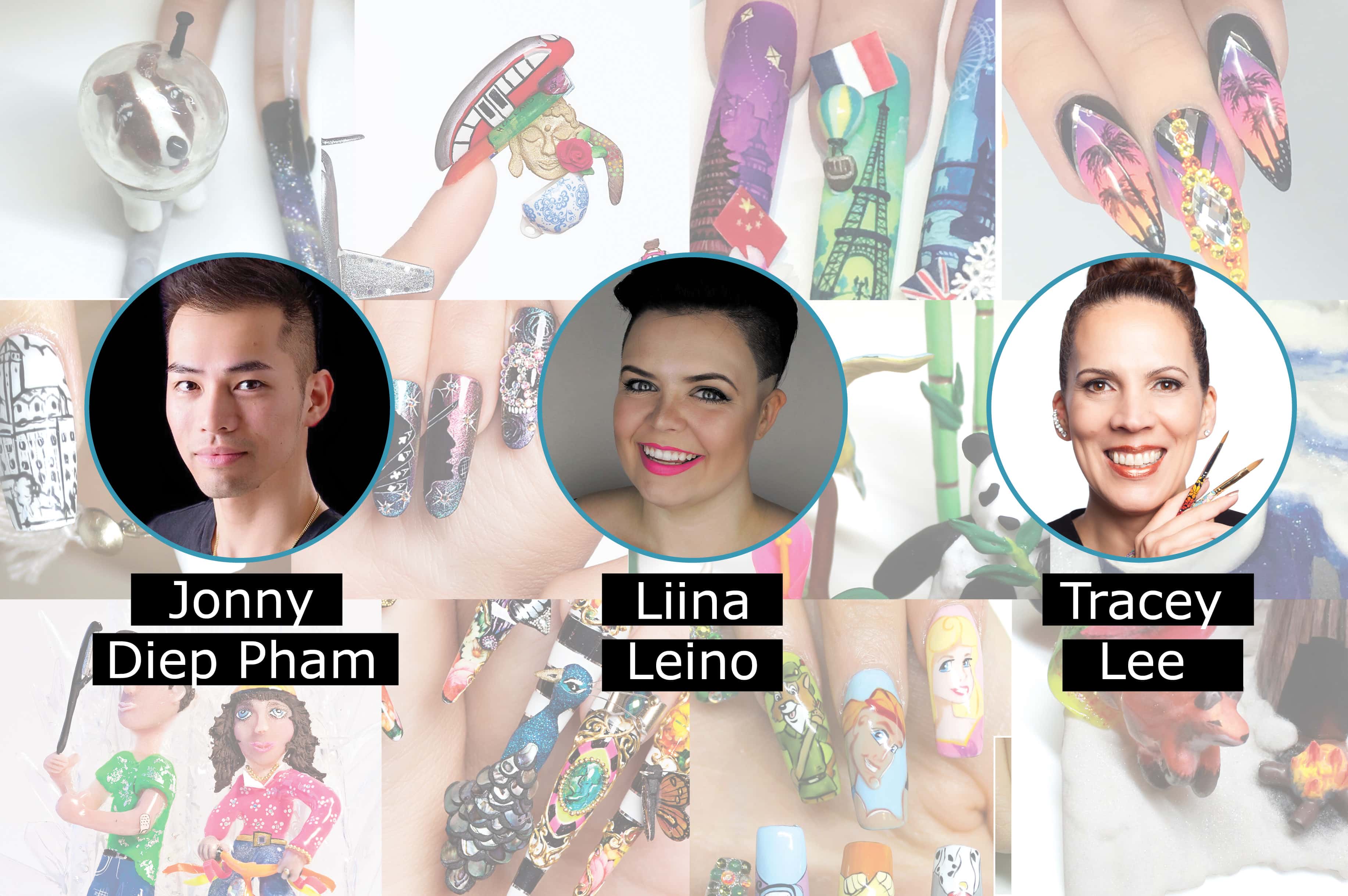 We are happy to announce our Top 3 finalists who will be going to Chicago to compete for the title of NAILS Next Top Nail Artist Season 4!

It’s been an incredible 10 weeks. The best nail artists from around the globe have come together to face off for a shot at the biggest title in the nail industry. Each week we lost a talented competitor as we inched our way toward the three finalists. In the end there were two nail techs left standing: Australia’s Jonny Diep Pham and Holland’s Tracey Lee. Liina Leino of Finland and Tracy Vinson of Virginia competed against each other in the CND Last Chance Design Lab to determine who would get the final spot in the top.

CND’s Last Chance Design Lab is meant to give one deserving competitor one final chance to stay in the competition. After an avant-garde challenge, Liina was determined to be the winner. For the second year in a row, we have a purely international Top 3. Jonny, Tracey, and Liina will meet up in Chicago at America’s Beauty Show in March to find out who will be named NAILS Next Top Nail Artist.

Jonny Diep Pham: Jonny is one of NTNA’s veteran nail competitors. He has taken on Nailympia Australia and now he will take on the NTNA finals. He won three of the weekly challenges this season. While he has a distinct skillset including gradient work, he has also proved that he can mix things up and surprise the judges. With an ever-growing social media following, we welcome Jonny and his loyal fan base to the Top 3 and to Stateside nail fame.

Liina Leino: NTNA is full of characters, and Finland’s Liina Leino is one of them. Not only did her personality absolutely stand out in every single video she created, but her fresh and clean take on art is unmistakable. This young tech is playful, social savvy, and set the bar high by winning the very first challenge. If ever there was an artist to keep your eye on, it’s this Finnish firecracker.

Tracey Lee: Editorial hand poses have become a calling card for Holland-based competitor Tracey Lee. Not only can Tracey create out-of-the box videos and nail art, she also travels throughout Europe attending shows and teaching techniques. A former competitor and judge, it’s no wonder Tracey’s talents won her the most challenges this season (four, to be exact).

The last 10 weeks have been anyone’s game challenge after challenge. As we move forward with CND’s final challenge it really is anyone’s game. The multi-part finale will go live in January and end in Chicago with a face-to-face showdown in March. Please join NAILS, CND, and all of our sponsors in congratulating these three finalists. Best of luck, Top 3!