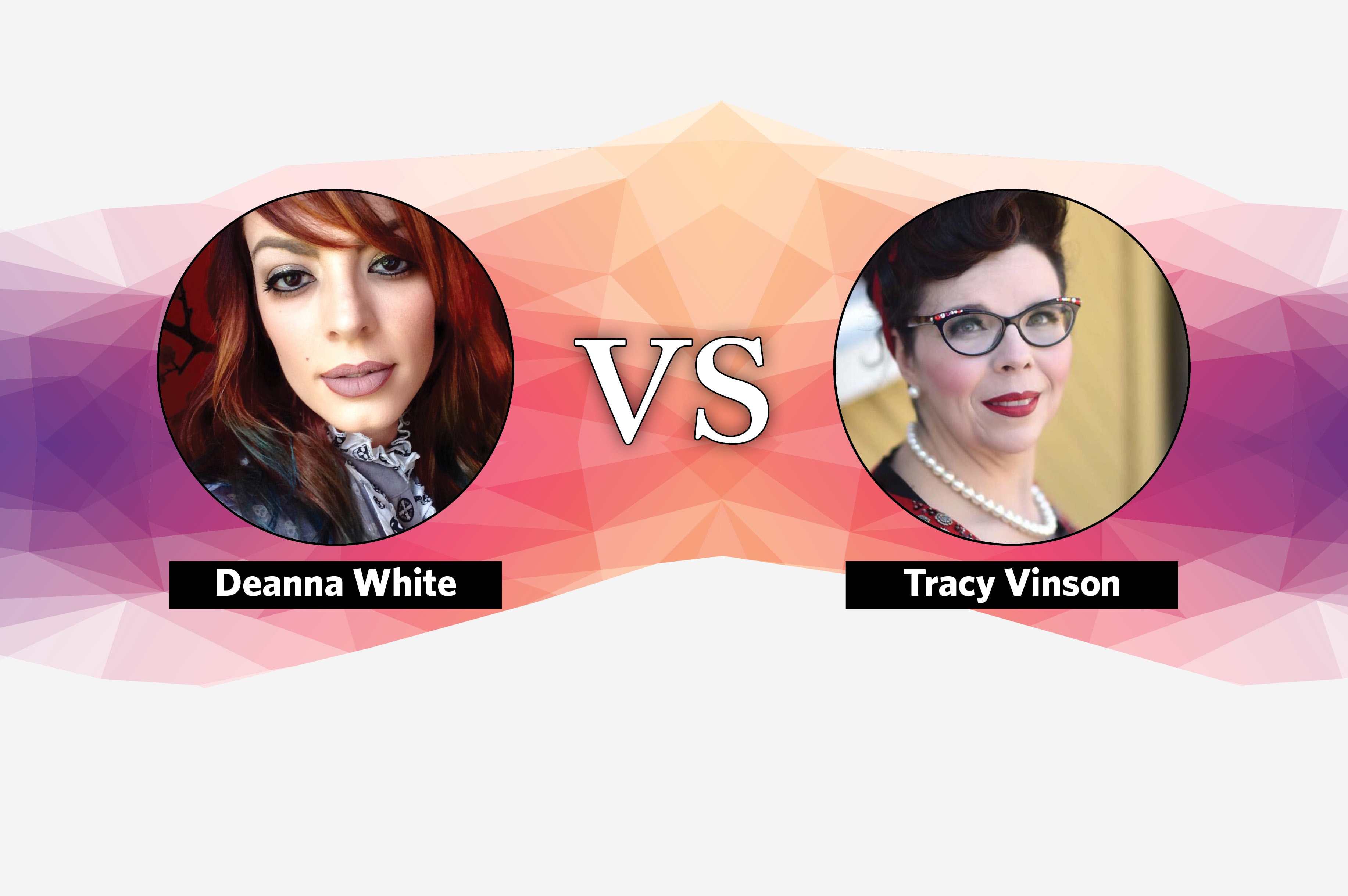 For Season 4’s eighth Last Chance Design Lab challenge sponsored by CND, Deanna White and Tracy Vinson will battle it out one-on-one to see who has a chance of staying in the competition. CND’s Jan Arnold will select her favorite look Friday and you’ll find out who will remain for at least one more week.

Since Tracy  packed her paintbrushes during the Paint the Town challenge, this week’s Last Chance challenge is loosely related.

Ms. Arnold’s Neighborhood: Denver is Jan’s birthplace and is known as the healthiest place in America, show us why on a hand-painted nail tip. 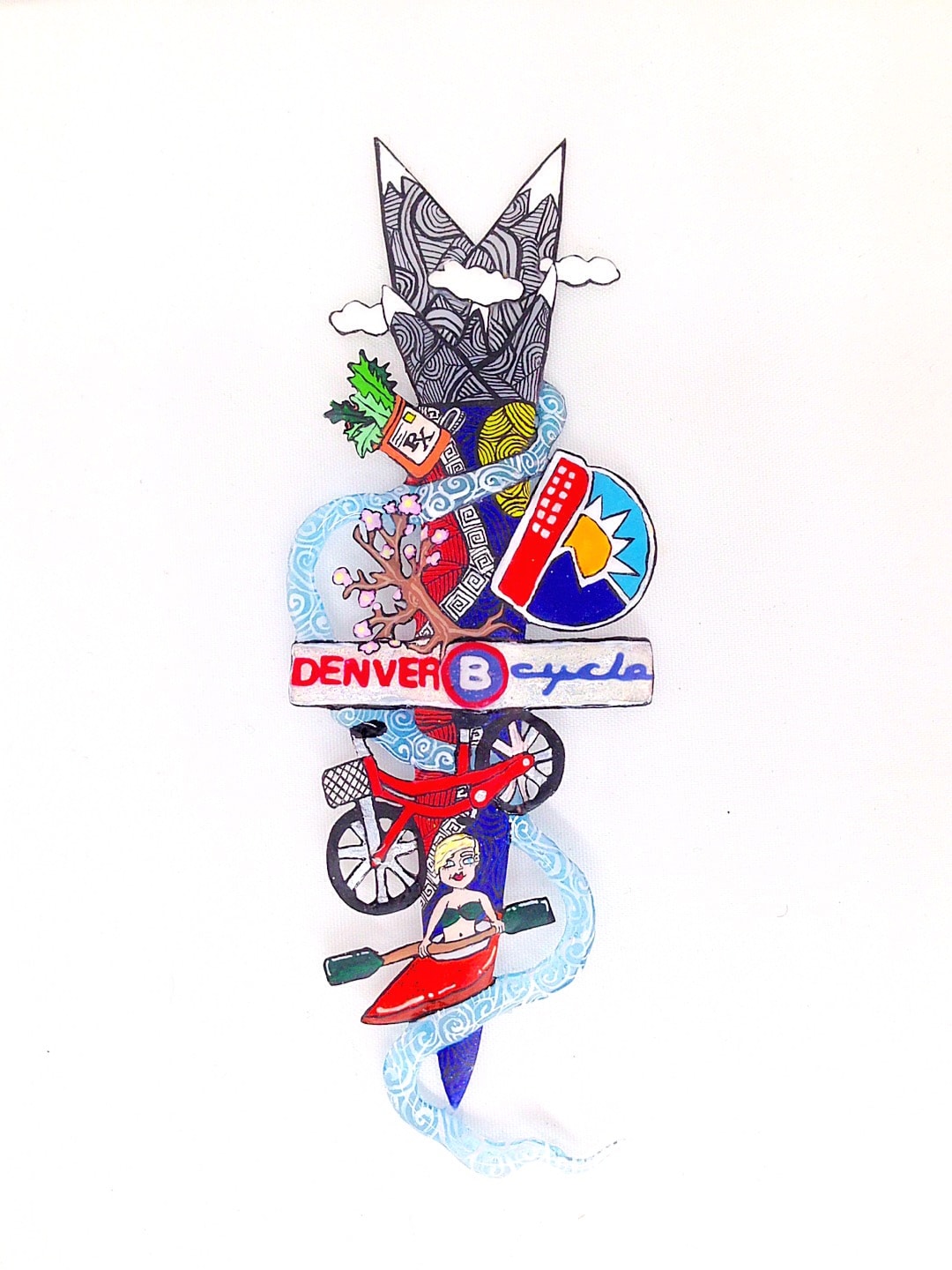 I had too many ideas that they literally were exploding from my nail. I painted on my art in gel extending from the nail tip to accommodate everything, then topped it off with acrylic paint. I chose to add the mountains because Denver is know as the mile high city due to its elevation, the residents love to boast about the benefits of the fresh mountain air. We can’t talk about Denver and its health innovations without talking about marijuana. Denver boasts 71 medical marijuana dispensaries. Clients are prescribed marijuana to encourage appetite while undergoing chemotherapy, as well as an aide for pain management. Cherry Creek is a water way that runs through Denver. Many of Denver’s bike paths run alongside the creek, so I chose to depict this. Denver is very well known for its revolutionary bike rental program. The Denver B Cycle program has given Denver a bicycle-friendly reputation. This program has successfully encouraged citizens to commute via bicycle helping to bring the population’s obesity rate to less than 23%. I also included a bikini clad cartoonified Jan in a Kayak to represent the nail industry icon in one of the city’s favorite healthy pastimes. The backdrop to my piece is a patterned Denver flag to represent the arts community. Lastly, I included the Denver city symbol that represents Denver as a whole including the sunshine, office buildings, and mountains. 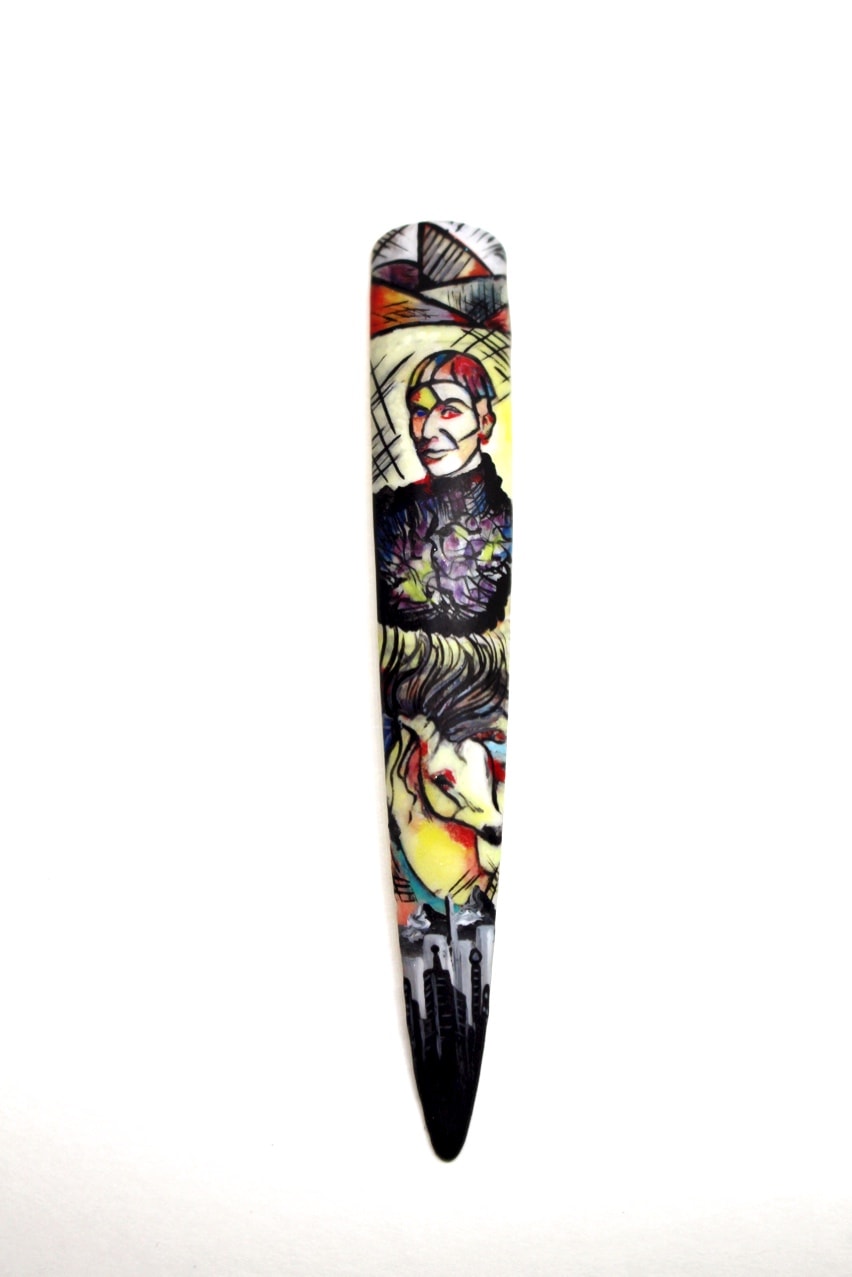 When I learned that this week’s challenge was to be an interpretation of  Denver, I immediately thought of my good friend, Rise’ Carter. She’s extended and invitation for me to visit her and I intend on taking her up on that. What’s in Denver, you ask? Well, I didn’t know either so I researched some of the things that Denver is famous for. It’s known as one of the healthiest cities in America because of all of the outdoor recreation it provides so I wanted to highlight a few of those things. At the top of my nail, I’ve painted the Denver Art Museum. It’s a graphic structure with hard lines, and looks a little like something from outer space. With seven floors and over 300,000 square feet of art, even on a bad-weather day you can get your walking in here. I learned just this week that this was the city of Jan Arnold’s birthplace. Jan is someone whom I look up to in this industry and has sewn words of encouragement into my life more than once. So naturally, I had to paint her. I used her black and white photo on the NTNA page as the inspiration behind her pose. Under Jan’s portrait, I’ve painted a Denver Bronco. No, not the football player, the mascot. Horseback riding is apparently the norm in Denver and you can burn up all of those calories you consumed from the concessions at the art museum earlier. Finally, the city with the Colorado mountains is at the foot of the nail. Denver has a lower smog rate than nearly any city in this country and these mountains can be seen from hundreds of miles away. I decided I wanted this nail far from a vintage flair so I’ve created something of an art deco/Picasso/comic book look, and stayed within the primary colors of red, yellow, and blue using only black and white for highlights and shading. 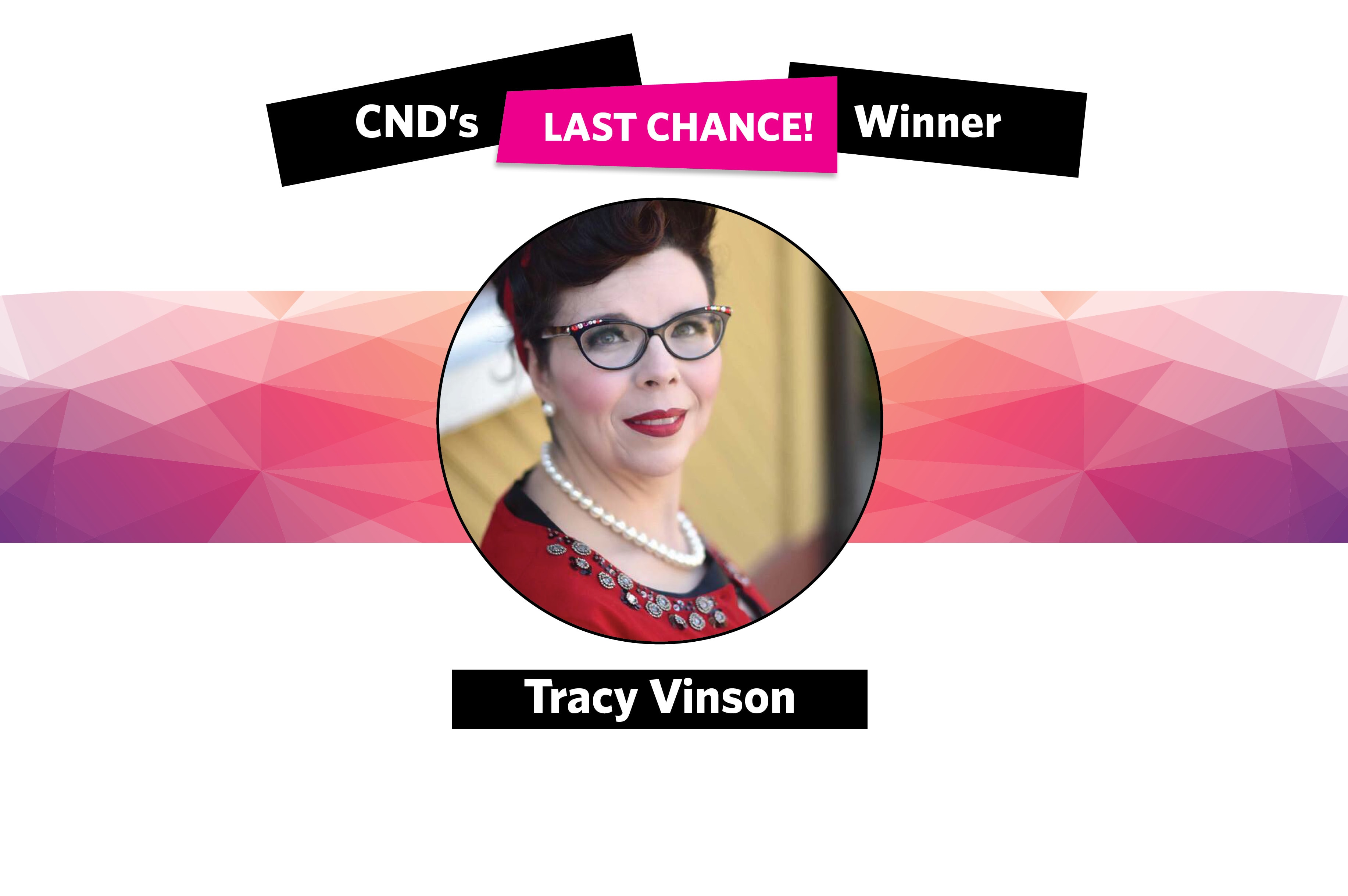 Jan said, “Denver never looked so chic as in this avant-garde interpretation of my hometown! The modern edge and architectural spirit of the design speaks deeply to my artist’s soul. Beautifully done!  I love the Picasso Jan painting!  I need to wear this as my new Janicure. Congratulations Tracy!”

This means Tracy will move on to compete against the next eliminated contestant for the final CND Last Chance challenge. Find out Friday who that will be.