In season 5’s seventh Last Chance Design Lab challenge sponsored by CND, Liza Waitzman and Dana Cecil will battle it out one-on-one to see who has a chance of staying in the competition. CND’s Jan Arnold will select her favorite look Friday and you’ll find out who will remain for at least one more week.

Since Dana packed her paintbrushes after the All Dali’d Up Challenge, this week’s Last Chance challenge is loosely related.

Michelangelo Mani: While KUPA took inspiration from Dali, Jan would like to reference Michelangelo. Sculpt a statue on a single nail tip inspired by the work of Michelangelo. (Any mediums for sculpting can be used). 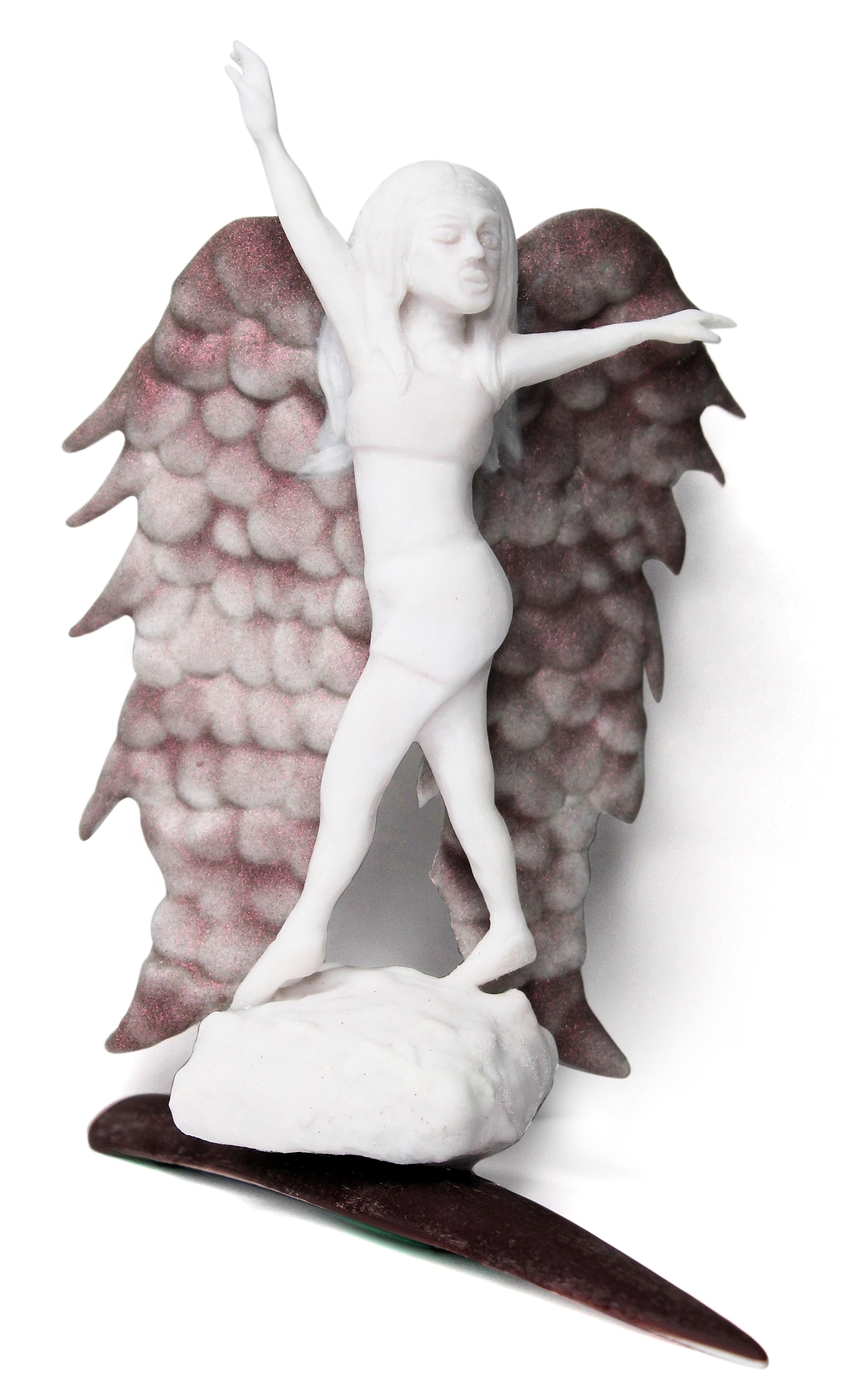 “I saw the angel in the marble, and carved until I set him free.” This quote from the great Michelangelo was the inspiration for my design. I referenced many of his angel paintings and sculptures as well. I enjoy the fluidity and smoothness of his art. I love an art that plays off of shadows and light. His sculptures were innovative for their rotating movement and strong 3-D quality, which encourages the viewer to look at it from every angle. With the statue of David and many others, Michelangelo would leave fragments of the marble he used at the bottom of the sculptures, and some were left unfinished. I chose to do a finished piece, but placed my marble at the bottom of her to emulate the leftover stone. I had taken a picture recently of my oldest daughter in dance class. It was one of those moments that is caught in time, and you keep going back to look at it because it’s so beautiful. Once I knew we were sculpting and referencing Michelangelo, I immediately thought to recreate that shot in sculpture form. Michelangelo was a genius at sculpting the human body, and this image shows so much muscle and feeling. She is the perfect subject for this design, and I can only hope that Michelangelo would be happy with my work! 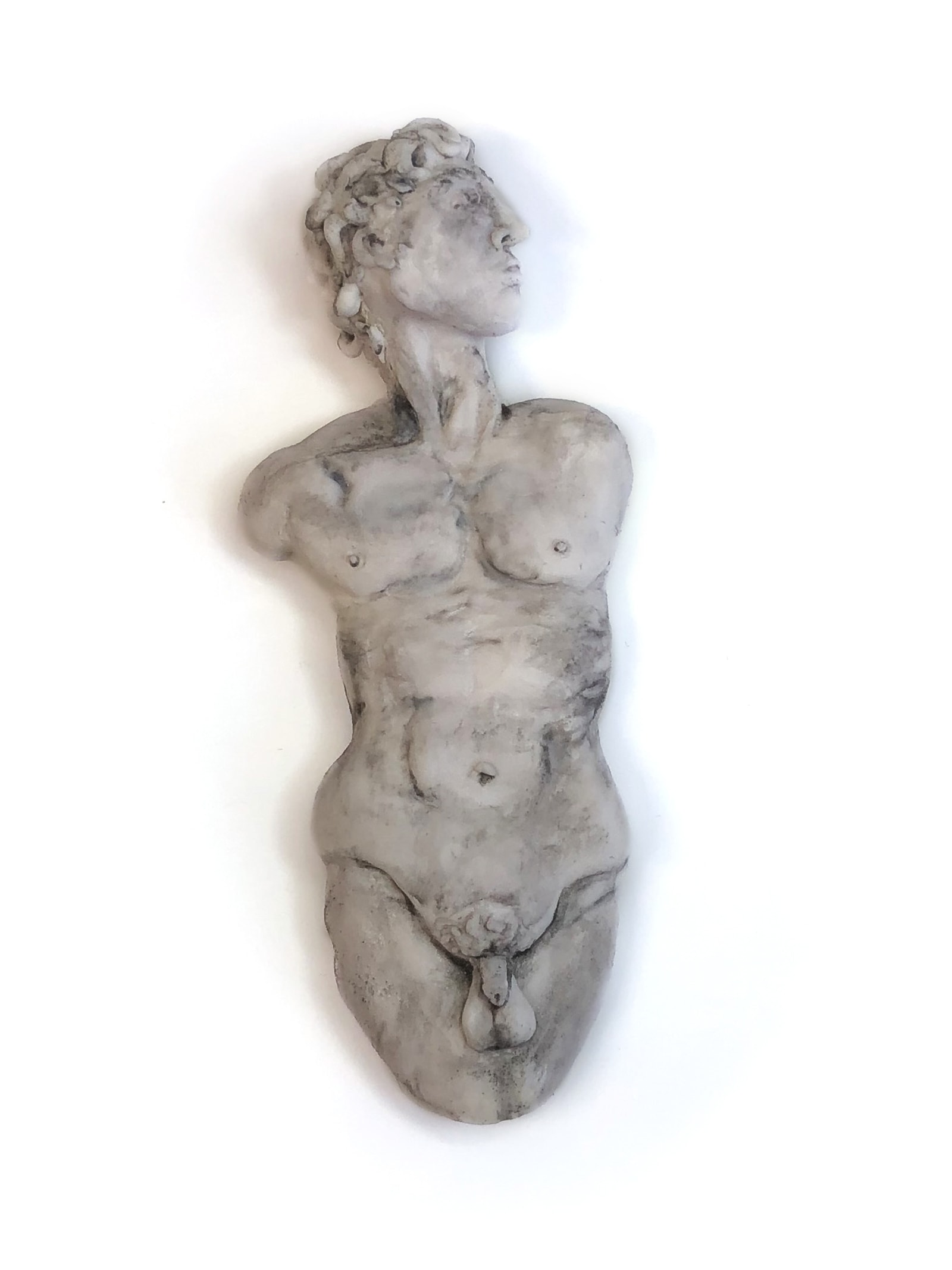 This week for Last Chance Design Lab, we were asked to sculpt something on one nail tip inspired by Michelangelo. If you know me, you know I love David! I wear my David leggings regularly to show this! So when asked to do a sculpture on a nail inspired by Michelangelo, David was the obvious answer. I by no means am attempting to re-create art by, in my opinion, one of the world’s greatest artists. This is just my interpretation of my favorite piece. To start my David, I used polymer clay to sculpt the shape of his torso. I then added white acrylic liquid and powder to cover the clay and form his shape more thoroughly. After attaching this beginning piece of David to a nail tip, I added little bits of white acrylic to sculpt his body with all the shapes that define him. Once I had all the shapes and muscle definitions in place, I used an e-file to carve out fine details. To get the stone effect, I used a saturated brush full of excess liquid monomer slightly dipped in black polymer (powder) and then brushed quickly over his body while continuously re-dipping in more monomer to spread a grey “stone” effect. Some areas required attention to details using more black polymer in areas that needed to be shaded more heavily. I did not top coat my final piece as I wanted to maintain the stone statuesque look and didn’t want to drown out any details.

Congratulations to Liza Waitzman for winning her seventh consecutive Last Chance Design Lab challenge! Liza went up against Dana Cecil to show us a Michelangelo sculpted piece of art on a single nail tip. CND’s Jan Arnold chose the winner.

Jan says, “You absolutely did it again Liza! This statue of David is amazing in every respect! I love the sculpting, antiquing, and shadowing. You are the REAL deal!”

This means Liza will move on to compete against the next eliminated contestant. Find out Friday who that will be.