In season 5’s eighth Last Chance Design Lab challenge sponsored by CND, Liza Waitzman and Ashton Harlan will battle it out one-on-one to see who has a chance of staying in the competition. CND’s Jan Arnold will select her favorite look Friday and you’ll find out who will remain for at least one more week.

Since Ashton packed her paintbrushes after the Avant Garden challenge, this week’s Last Chance challenge is loosely related.

Creature Feature: What kind of creature would you find in a garden? Show us on a single nail tip using any mediums. 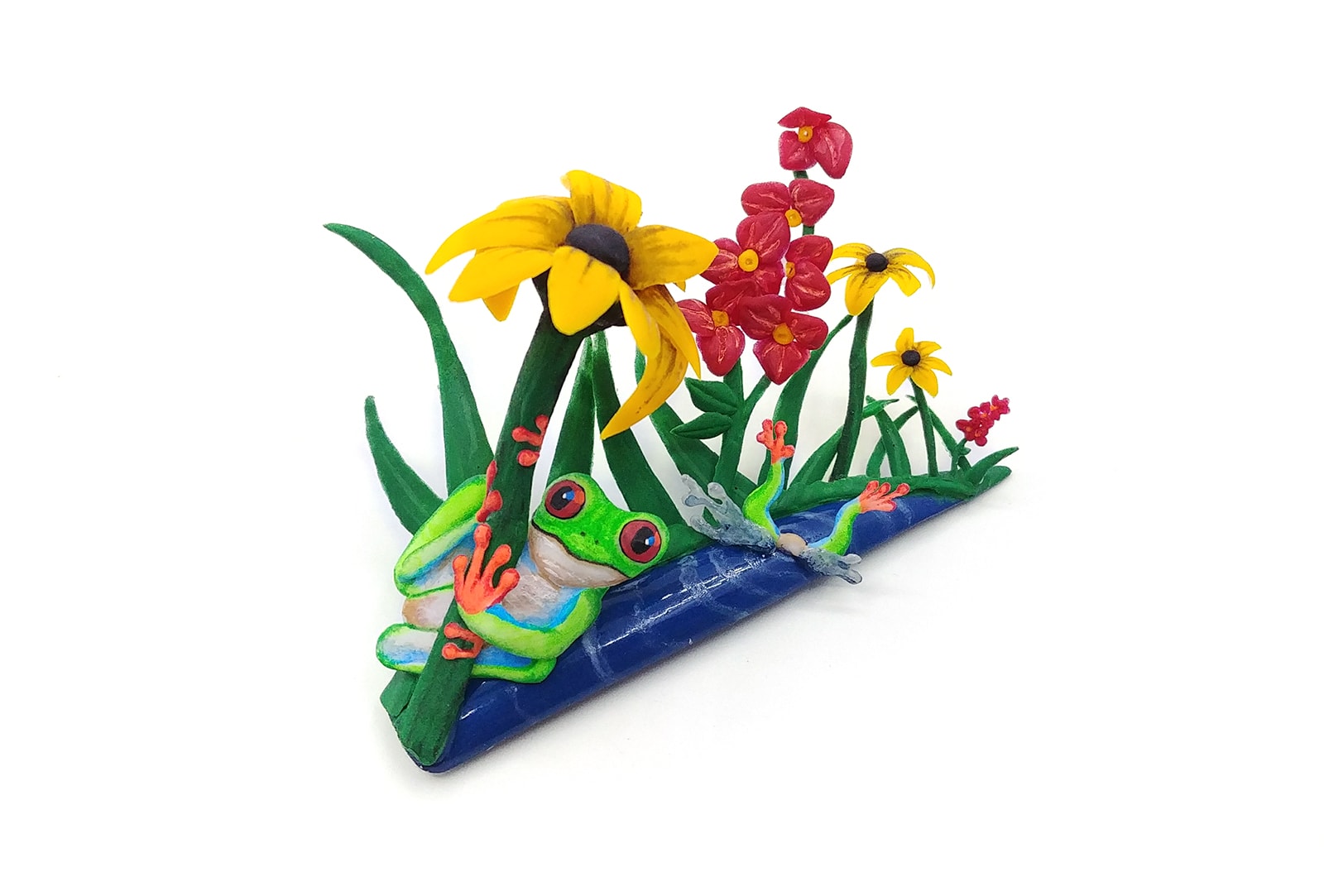 For my garden creature I chose frogs. Not only do I think they are adorable, but they also are a natural form of pest control. Fun fact: a group of frogs are called an army. So for my pest eating army I decided to give them a nice place to live. I created a garden scene with a pond, as well as lots of flowers to attract food for them. I used my last entry of NTNA as inspiration for the layout by again using perspective art. I felt it was the best way to portray such tiny creatures on such a small canvas. Because I love photographing matte nail art, I sculpted everything using only acrylic, and then hand painted with acrylic paints. To finish, I added a shiny top coat over the water to make the overall appearance a bit more realistic. 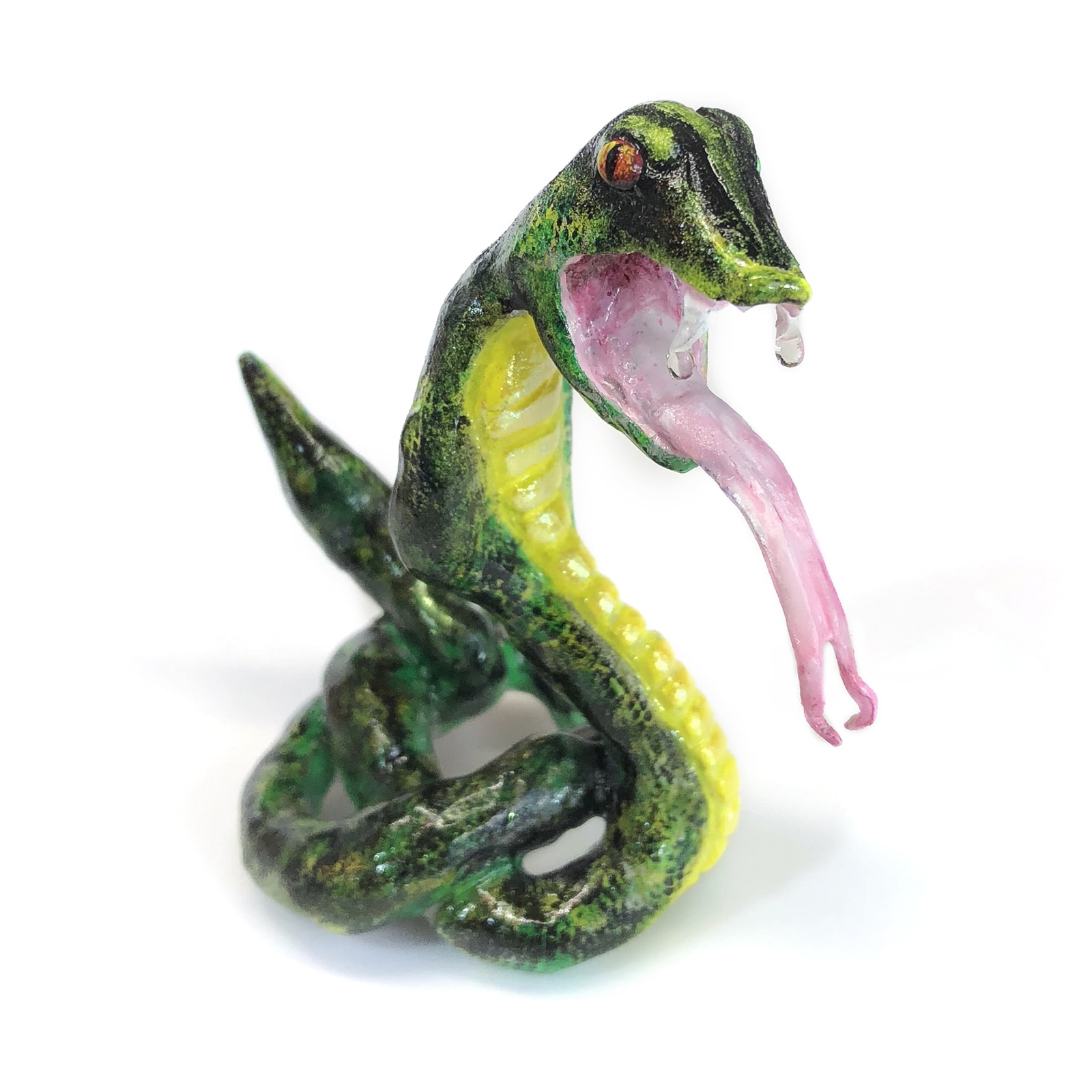 I immediately thought about a garden snake. I don’t have a garden but we live on a river valley where snakes are abundant. It also reminded me of last summer where my poor daughter had the unfortunate experience of coming face-to-face with a snake in her room. I remember hearing her (yelling) but I thought at the time she was Face-timing with friends being loud so I turned up the TV to drowned out the background noise. It wasn’t until she called me from her bedroom in an obvious panic that I realized her life maybe in danger! I ran down the hall to see the snake now slithering into my room. I called my brother in law, thinking because he was a wilderness guy, he would save the day since my husband is deathly afraid of snakes. Well it turns out, I now had two scared, grown men standing on my bed yelling at each other and one snapping a trash picker to try and capture this venomous wild snake. During this fiasco, the snake decided it was better off out in the cold than in my warm house.   So as it slithered down my hallway, towards then living room and out the door, I then thought about the well being of my precious kitty. So I insisted my daughter hug my cat to make sure the snake could exit our house without any feline altercations. All the while, I basically sacrificed my daughter to save the snake cause she ended up being shredded and bloody by the time the snake had exited the building.  We then followed the snake out to the yard where it then coiled in fear in the grass. Now enter my mother (whom was called during the debacle) whom is all of 5 foot nothing and 98 pounds. Mom walks over to the snake, bends over and picks him up then gingerly places him in an empty container and says, now who wants to come with me to release him?  Mom for the win!

We found out later, this was NOT a venomous snake but a king snake. At the time had you asked me, he was 7 feet long and deadly. When in reality, he was a small and beautiful creature. I hope he found his way home.

My venomous garden snake was created using liquid and powder acrylic around a pipe cleaner to form the shape. The tongue of the snake is my nail tip that I cut and burnt to shape.

Jan said, “Ashton, your charming frog army is delightful and fun!  Frogs are my favorite creatures, as they are always ready! Your imaginative perspective and execution of this lovely scene  is clean, precise and refined. Nice job!”

This means Ashton will move on to compete against the next eliminated contestant. Find out Friday who that will be.