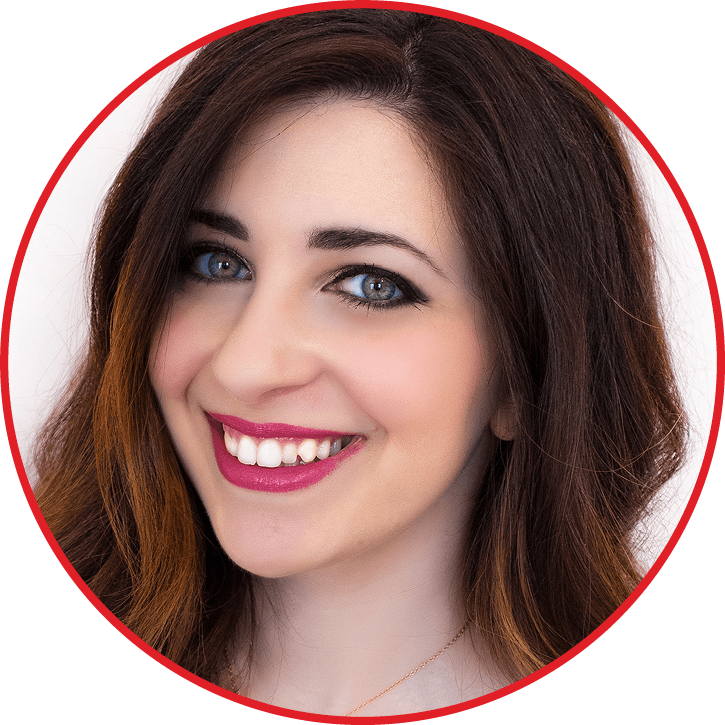 I’m a 28-year old chemical engineer and even though I love my job, I’m really passionate about nails. Designing nails is the perfect way for me to express myself, to continue learning, and to improve my techniques. I pay attention to details, I love sharing my work and inspiring other technicians. I am known for my perfectionism, dedication, and persistence. When it comes to a good challenge, I simply can’t resist! 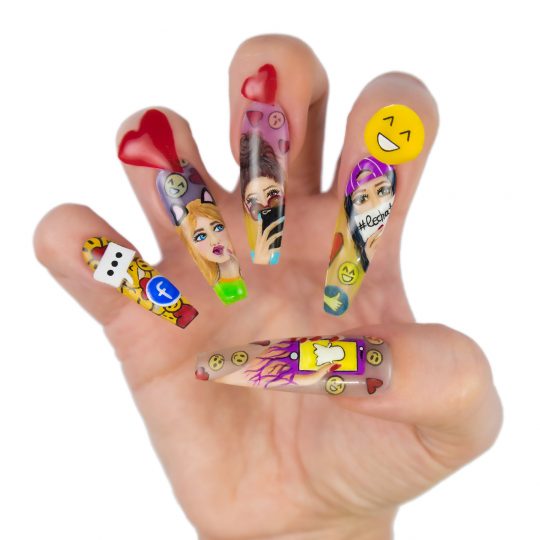 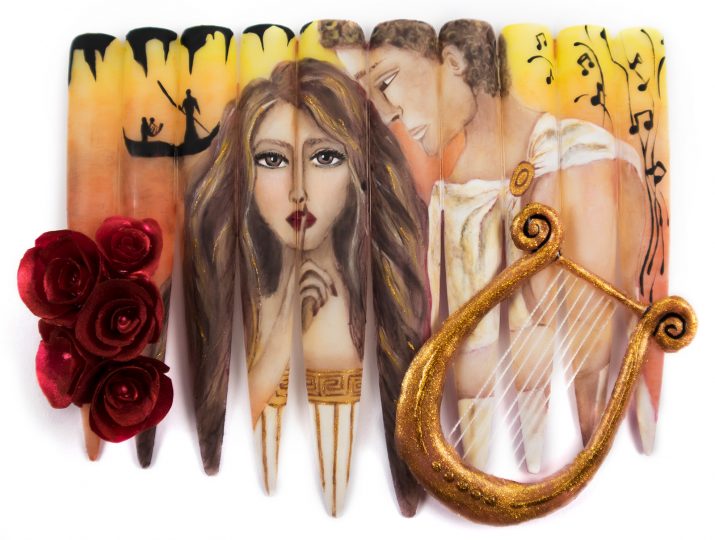 For this challenge I decided to illustrate a story from my country’s culture. I used as my inspiration the myth of Orpheus and Eurydice. According to Greek mythology, Orpheus was a talented musician who played the lyre with such perfection that nothing could resist his melodies. Orpheus fell in love with Eurydice, whom he married and lived happily with. After some time, Eurydice died. Orpheus decided to descend to Hades to take her back. Any other mortal would have died, but Orpheus managed to charm Cerberus, the three-headed dog, and pass by ghosts and souls of people unknown. Orpheus presented himself in front of the god of the underworld Hades and his wife Persephone. Orpheus played his lyre, melting even Hades’ heart. Hades told Orpheus that he could take Eurydice as a normal woman again by his side but under one condition; Eurydice would follow him while walking out to the light from the underworld, but he should not look or talk to her before coming out or else he would lose her forever. Thinking it a simple task, Orpheus, delighted, thanked the gods and left to ascend back into the world. Unable to hear Eurydice’s footsteps, however, he began fearing the gods had fooled him. Eurydice was in fact behind him, but as a shadow, having to come back into the light to become a full woman again. Only a few feet away from the exit, Orpheus lost his faith and turned to see Eurydice behind him, but her shadow was whisked back among the dead. To illustrate this story I painted the couple. Eurydice urges Orpheus not to talk. I sculpted the lyre to represent Orpheus and his magical music. The boat is a picture of his journey to underworld and the roses symbolize the love between them.

The first thing that came to my mind was social media and how it twists reality. A beautified reality, which in turn changes our perception in regards to our image, happiness, and success. That’s how we fall into the trap and become captives of social media. Our whole life and reality rotate around the ‘likes’, the comments, and the acceptance of people, who in reality we have never met. The mobile phone with the roots, symbolizes social media as an integral part of our reality. The seemingly happy girls with the thousands of ‘likes’ symbolize that which we would all wish to be. So, my piece of nail art is really all about showing the reality we want to show on the top of the nails, and on the bottom is the acceptance of others based on the perception of the reality we show. 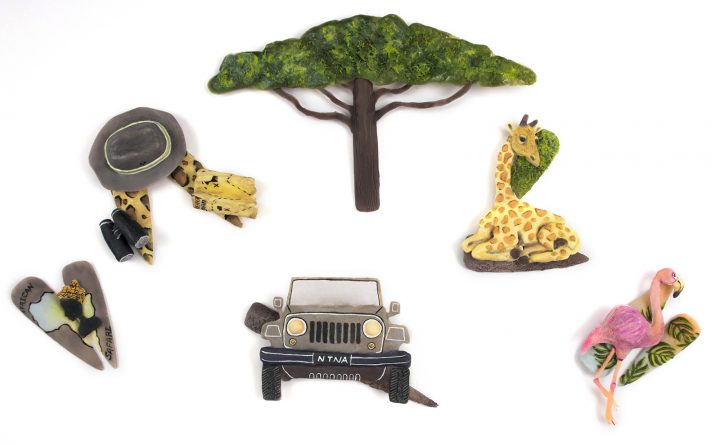 I decided to interpret an African Safari in Kenya! I created Africa’s shape with ombre technique and sculpted a woman’s figure. Then I sculpted some safari essentials (hat, binoculars, and safari map) with a leopard print background. I also sculpted my favorite NTNA Jeep with acrylic. Lake Nakuru theme park in Kenya is famous for its giraffes and flamingos, which is why I created 3-D sculpted animals and nature. 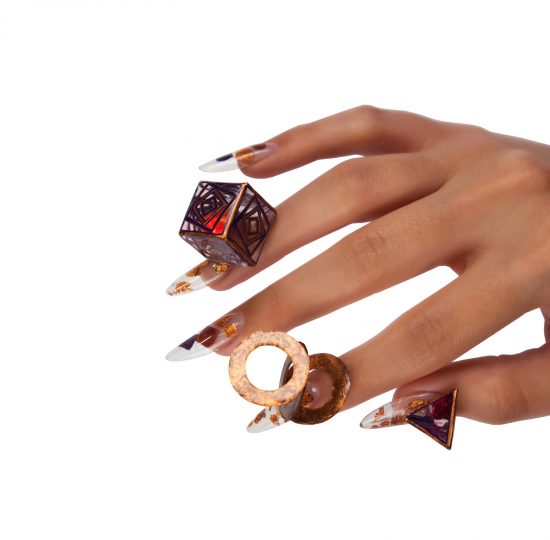 In my mind, clear glass-like nails are all about elegance and minimalism. Geometric shapes are what inspired me to create this specific modern, futuristic set of nails. I sculpted clear almond-shaped nails with Builder in a Bottle, which is also what I used to create the encapsulated geometric shapes. I wanted to give a sense of luxury so I decided to also encapsulate bronze glitter. I wanted to balance the simplicity of this minimalistic set of nails with a more complex form of embellishments. I used gel to create some 3-D geometric sculptures. My goal was to create crystal clear 3-D geometric shapes which would be placed one inside the other. First I made a cube, inside which I enclosed a 3-D sphere, inside which I enclosed a LED light for a more futuristic effect. My second sculpture is a clear pyramid filled with liquid. I wanted to put a bit of science in my creation, so I filled my pyramid with two fluids of different density (colored water and oil) to achieve the double layer effect. For my last embellishment, inspired by a metal sculpture I once saw and fell in love with, I created a three ring sculpture, handpainted in bronze to achieve the metal effect I was after.

Click here to watch a video diary for Stella’s nails.