Now in its seventh season, NAILS Magazine’s Next Top Nail Artist is the premiere competition within the professional nail industry. Contestants undergo a rigorous screening process where every brush stroke is scrutinized. After carefully evaluating hundreds of intricate hand-painted looks, sculpted acrylics, brushed on gels, and an array of mixed-media, 12 contestants remain standing.

Who will be NAILS Next Top Nail Artist?

Each week starting February 10, 2020 we’ll give the remaining finalists a new challenge to showcase their skills in a variety of ways. They’ll be creating awe-inspiring nail art looks based on a series of themed challenges created by the editors at NAILS and each of our weekly sponsors. In addition to creating their nail art masterpieces, the competitors will be shooting step-by-step tutorials, video demos, and sharing their entries via social media.

Every Friday one contestant will be eliminated. Every Monday, we’ll post the next challenge on our site. The judges — AND YOU — will have three days to vote for your favorite contestants. Make sure your Next Top Nail Artist doesn’t get eliminated. Vote and spread the word to your friends.

The winner of NAILS Next Top Nail Artist Season 7 will receive cash and product prizes and a Swarovski trophy!

KUPA and NAILS invite YOU to vote for your favorite overall contestant. The winner of this popular vote will receive a prize from KUPA! 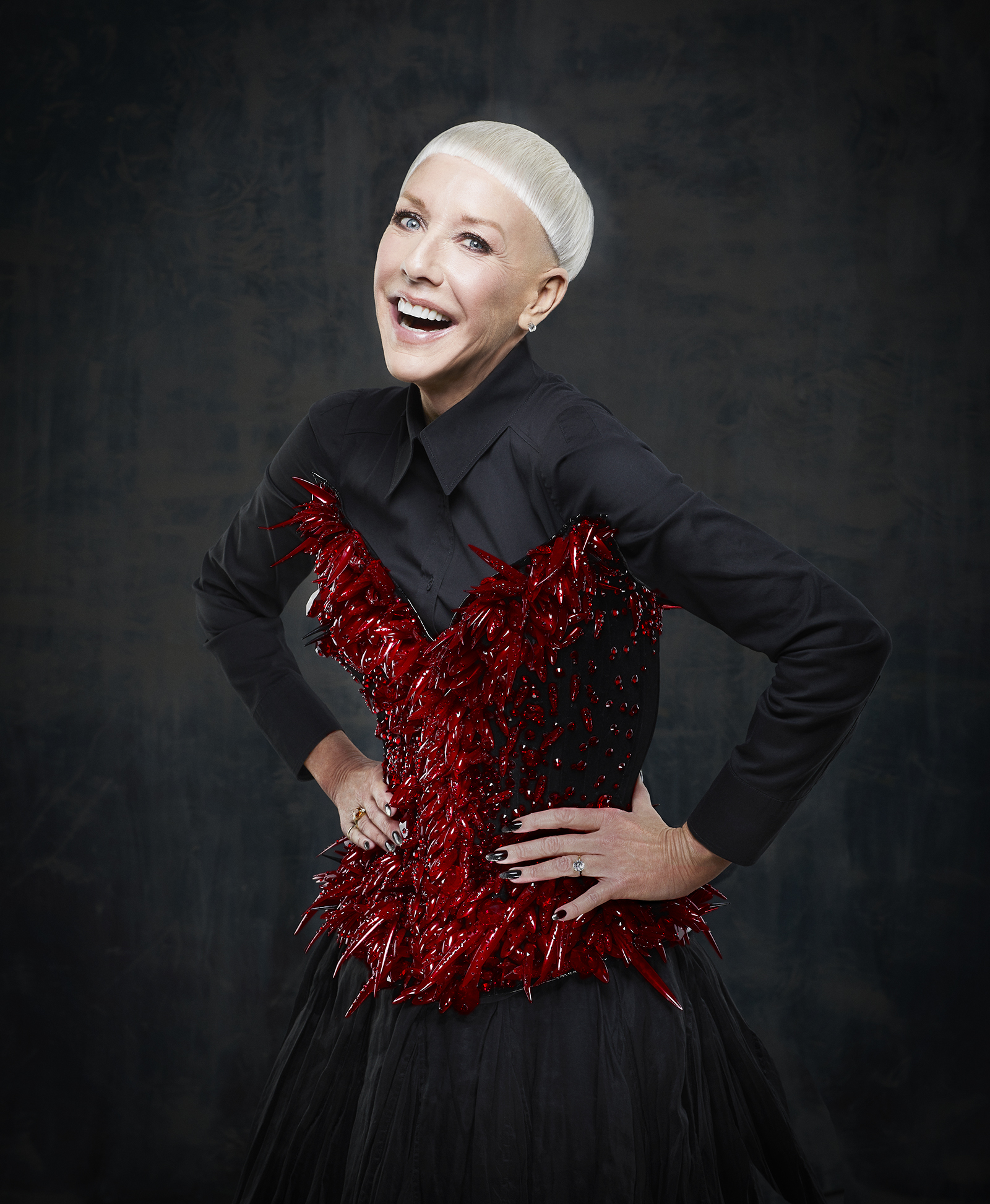 CND co-founder and style director Jan Arnold has made it her mission to accelerate the nail industry while keeping a focus on both the professional nail artists and the clients they so carefully service. CND was founded in 1979 by Dr. Stuart Nordstrom (Jan’s father), a practicing dentist. Thirty nine years later, Jan stands at the forefront as the global leader in professional nail care while delivering a fashion-forward approach to beauty. Jan has helped take the brand to one of the most sought-after beauty companies for next-level runway nails, working with fashion shows worldwide from Libertine and The Blonds, to Ryan Lo and Gareth Pugh. Jan has kept CND true to its heritage, with a commitment to the nail professional community. 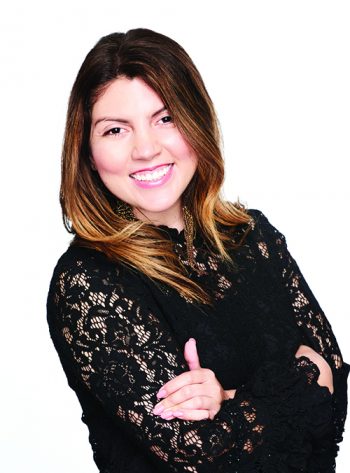 Executive editor Beth Livesay has worked in art-related publishing for 10 years, with experience in both newsstand and B2B magazines. Her work as an editor has been acknowledged by The Los Angeles Times, The Globe and Mail, The Storque (the official blog of Etsy), Hello Giggles, and The Huffington Post. Her daily life is consumed by nail art, as she oversees NAILS print publication, www.nailsmag.com, and social media for NAILS Magazine. She won the MAGGIE Award for Best Use of Social Media in trade and consumer publishing in 2016. In addition to NTNA, she has served as a judge for NAHA, the Contessa Awards, and NAILS in-house contests. 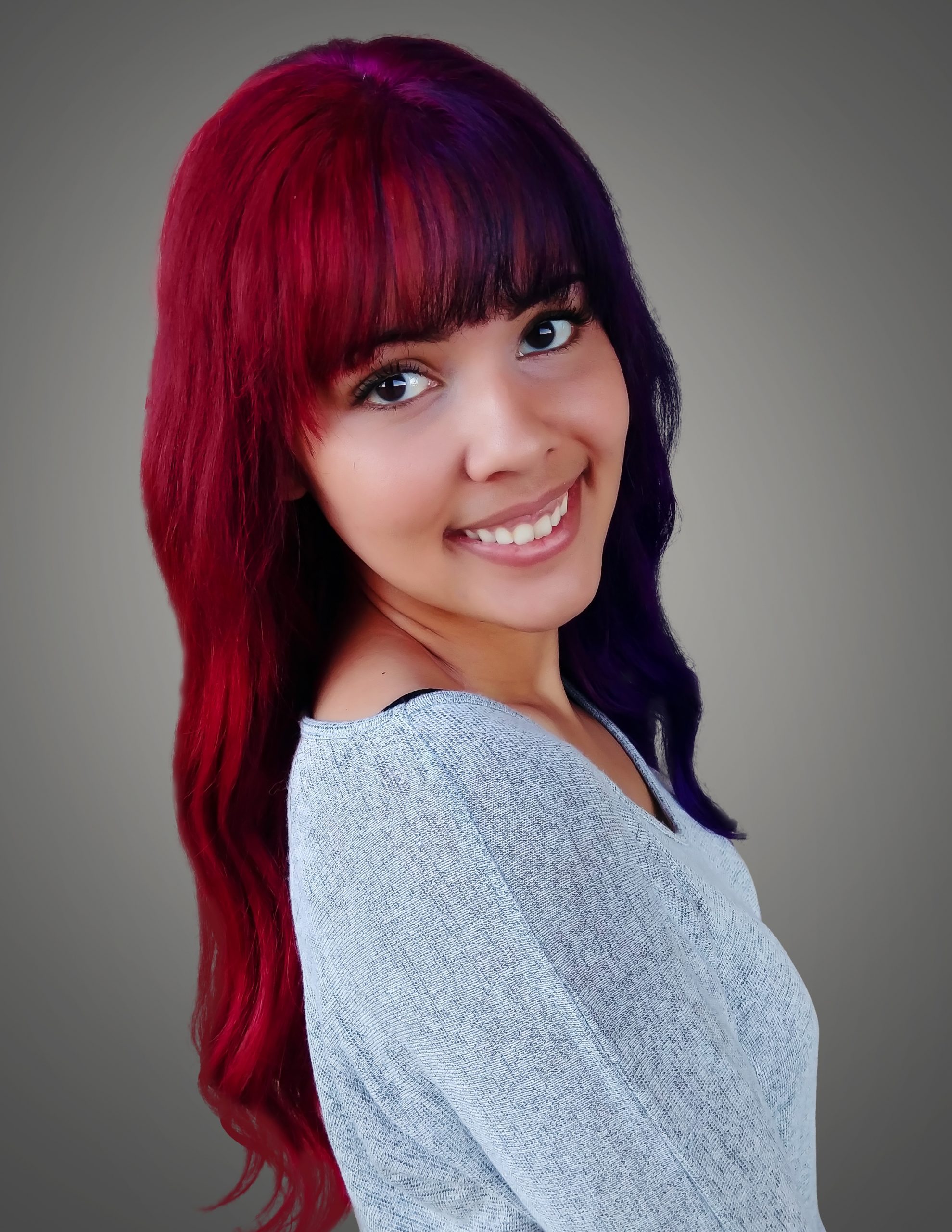 Ashton Harlan has always loved nail art and always loved a challenge. When it comes to nail artistry “no” is not in her vocabulary. “I feel so blessed to have built a career in this industry and that I get to do what I love every single day,” says Harlan. In addition to winning NTNA S. 6, Harlan is also the Presto Gel Challenge 2019 Grand Champion. 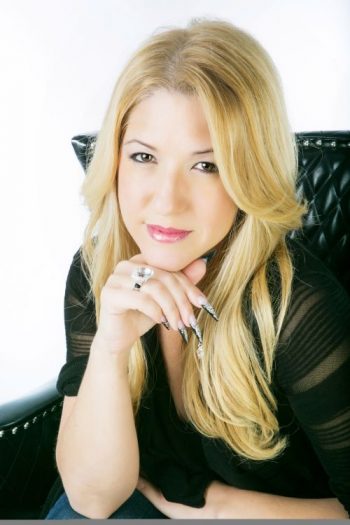 Gina is a highly respected, award-winning nail technician and has been active in the beauty industry for over 27 years. She frequently contributes to trade publications such as NAILS and Nailpro. Gina is a mentor, adviser, and role model in the nail industry, constantly teaching and troubleshooting with nail technicians across the globe. She handles a wide array of mediums with Akzentz gel with Swarovski crystals as her main focus. Gifted with the ability to conform and adapt with the beauty industry without losing individuality, Gina strives to continually stay on the cusp of trends and share and instill innovative techniques among peers. 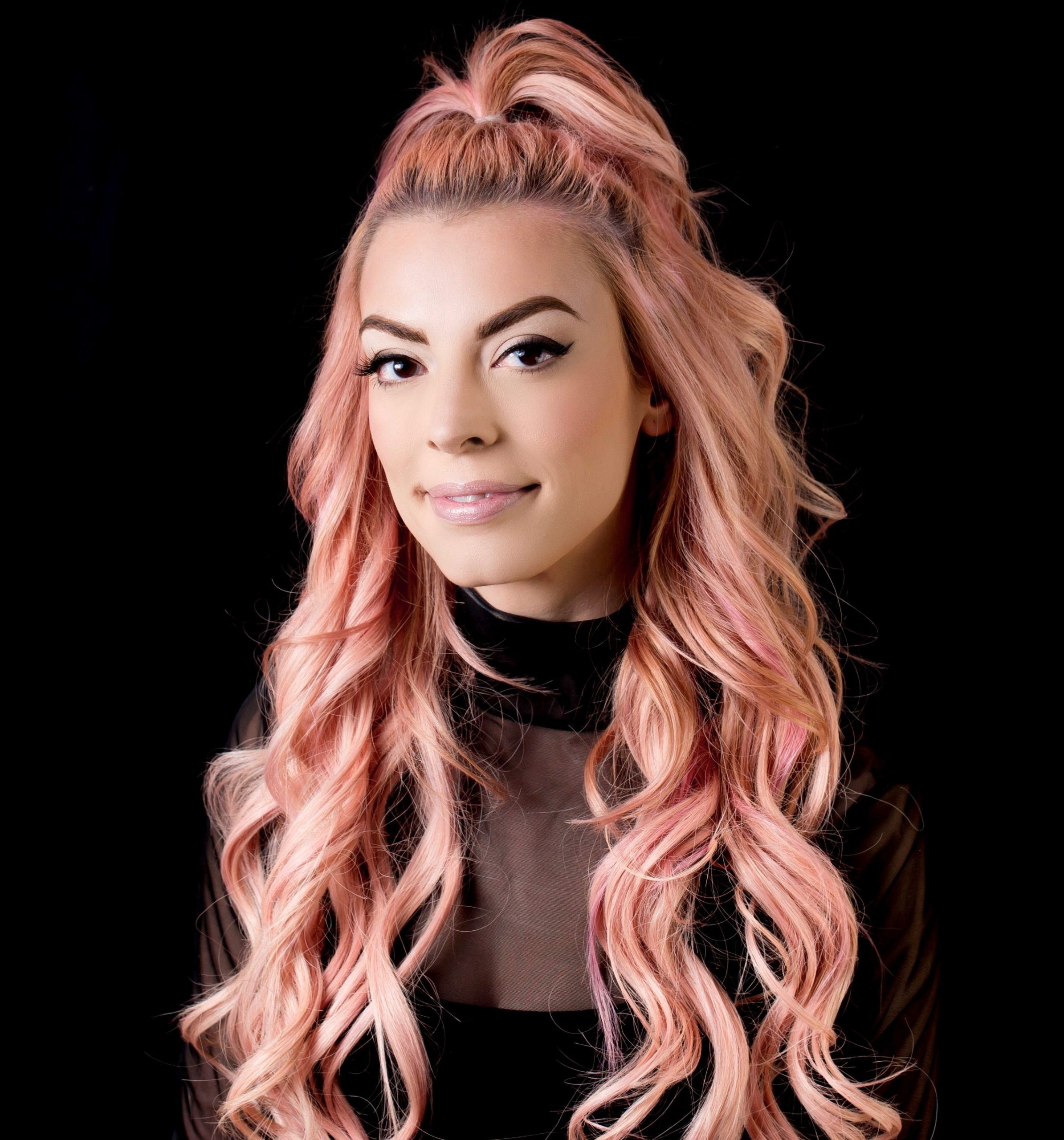 Deanna is a fashion graduate and enthusiast turned nail artist and competitor. Her “passion for fashion” brings taste and creativity to her elaborate nail art and designs. Deanna’s work has made her a regularly published nail artist and NAILS Magazine cover artist. Well-versed in the nail industry, Deanna is the owner of the Soho Studio, gel nail educator for One Beauty Academy, and ambassador for En Vogue. Having competed in NAILS Next Top Nail Artist and placing in the Top 5, Deanna knows and understands this competition well which makes her the perfect judge for the En Vogue challenge. She most recently placed in the Top 4 of OPI’s Next Top Nail Artist All Star competition. 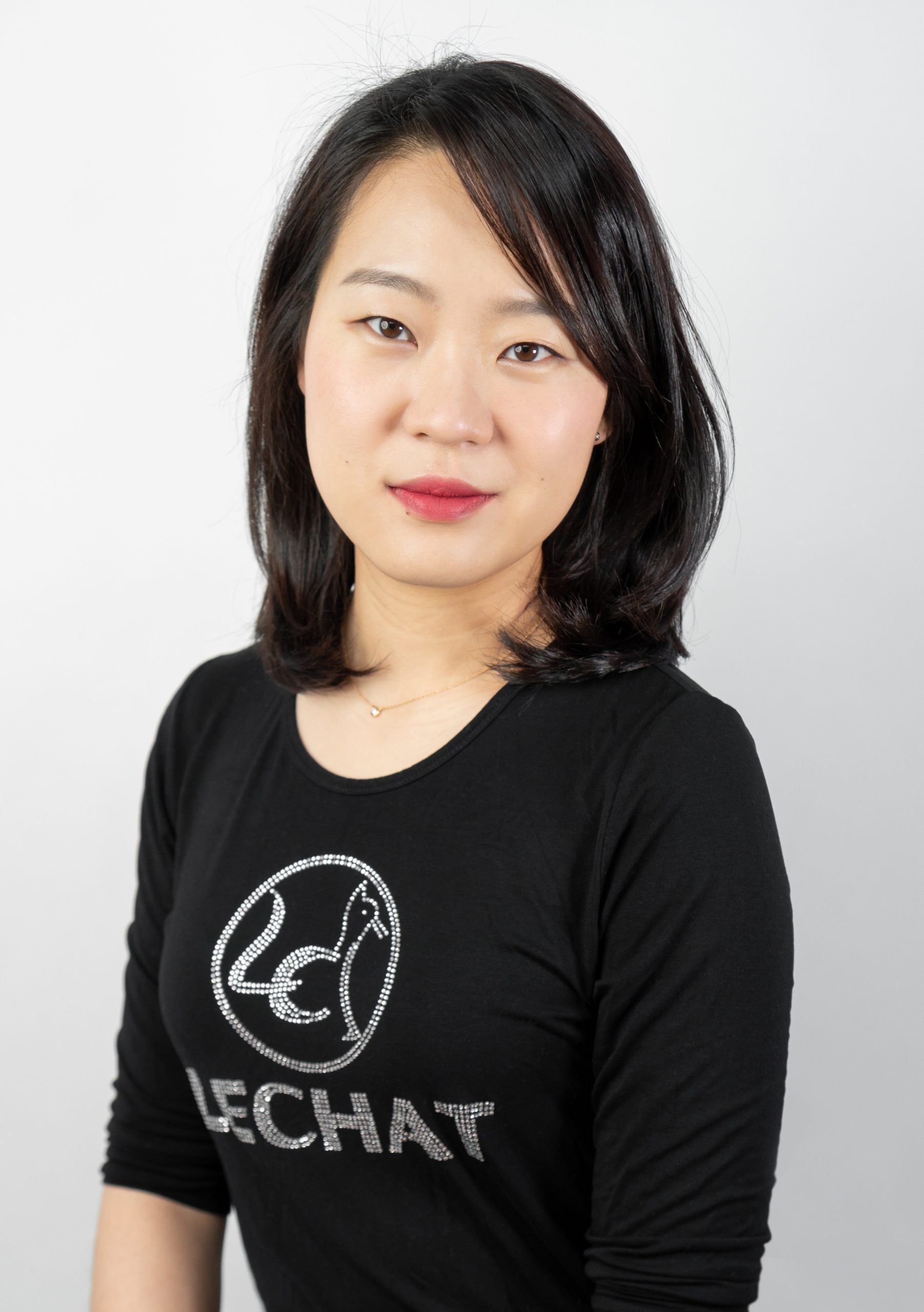 Hemi Park was named second runner up in NAILS NTNA Season 5. She has since joined LeChat as Brand Ambassador and on their competition team. Hemi has been competing in many nail competitions including Nailympia, and her strong background in art has rewarded her with numerous trophies and medals. Known as @sugarplumfairyfingers on social media platforms, Hemi expresses her love for natural nails and constantly evokes the importance of safe nail services through her salon work. 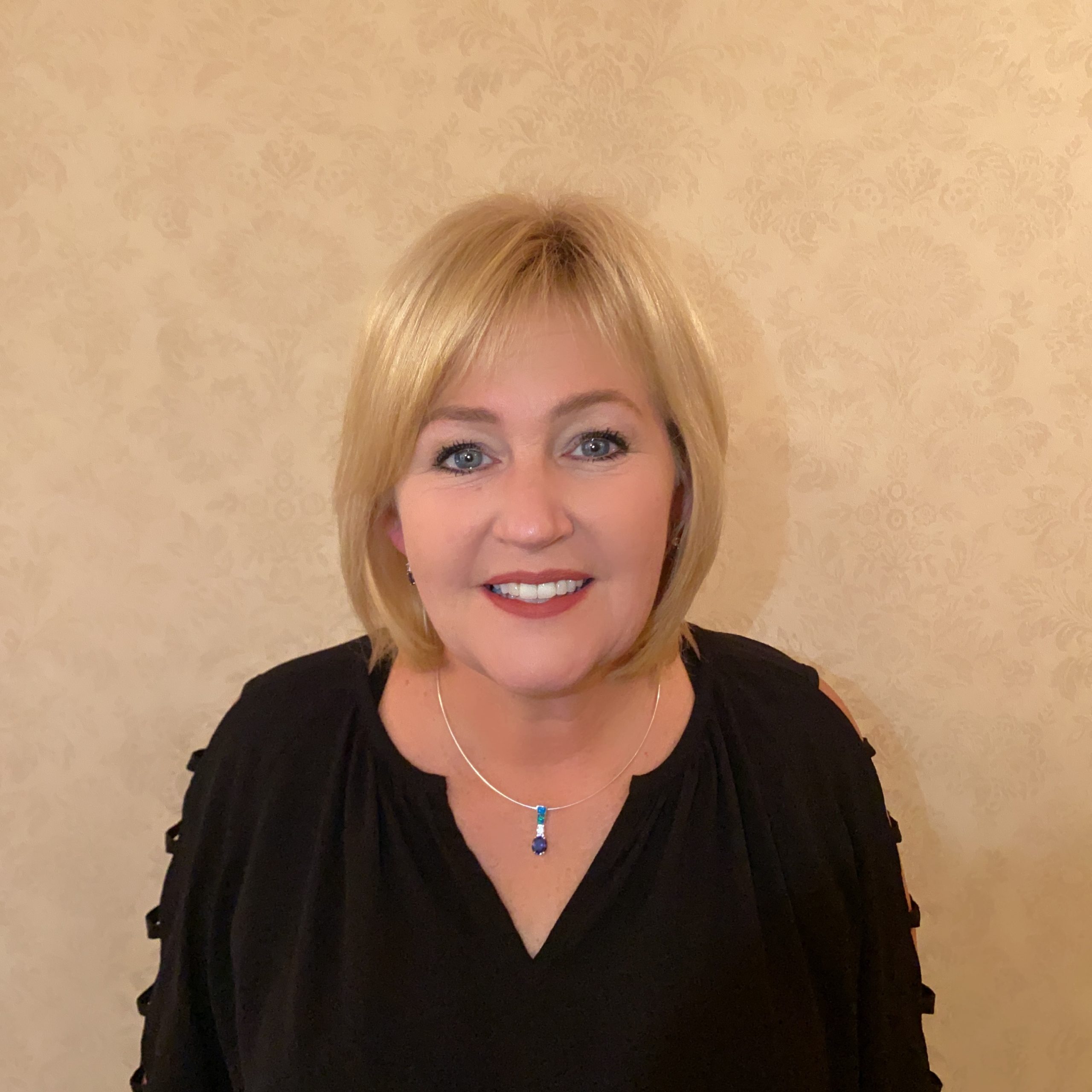 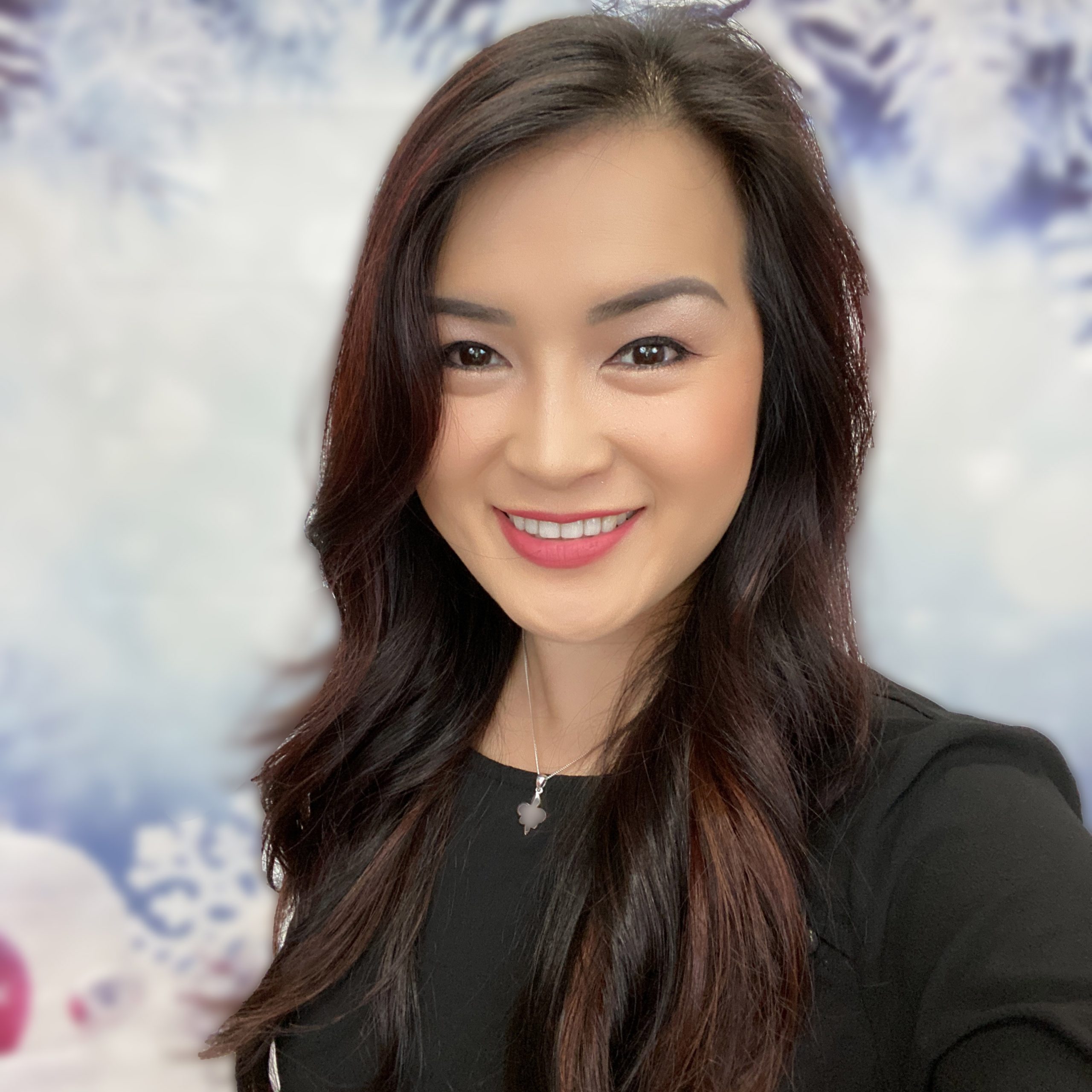 As the Glitz Master Ambassador and Lead Educator for Glitz Accessories and Such, Vicki brings years of experience and dedication to the industry. She has the ability to teach and guide both beginners as well as the established nail technicians in the proper application of crystals and trend-setting nail styles. Vicki has expanded her knowledge through trade shows, educational classes, and in-person demonstrations. Vicki’s knowledge is an asset to nail technicians everywhere. Vicki Jensen is the founder and owner of Couture Nails, located in Ann Arbor, Michigan. She has been a licensed nail technician for over 30 years. Vicki loves to give back to the industry that has given her so much. Her way of achieving this is to share her knowledge. She has been an educator in the industry for 12 years. In 2014, Vicki founded Nail Mentors, a non-profit company that offers tech-to-tech education at an economic rate and gives nail technicians a chance to gain experience as educators. Beautiful nails are Vicki’s passion!  So, it is no surprise that her favorite vacation is to go to New York Fashion Week and to work backstage with all the models, the incredible designers, and the groups of photographers.

With over 15 years of experience in the nail and beauty industry, Nancy Tran has tackled everything the business could throw at her. Nancy obtained her nail technician license in 2005 and has since gone on to found her own company, Glitz Accessories & Such, a brand of nail art accessories. Having ushered in the breakout of the dipping powder in 2012, she is most notably known as the “Dipping Queen” amongst her peers. Today, even with an abundance of dipping powder companies entering the landscape, Nancy retains her notoriety boasting over 3.2 million views and counting on YouTube! Outside of her business, Nancy quenches her passion by doing nails and creating new and exciting designs. With the little time she can spare, Nancy does custom sets a week at her salon, Glitz Nail Bar & Spa in Pensacola, Fla. Additionally, she travels across the U.S as an educator representing various brands. Ask anyone what Nancy stands for and they will tell you she is amongst the most passionate, driven, hard-working people and she only takes pleasure from a job well done! Stay up to date on Nancy’s new designs by following @GlitzAccesoriesAndSuch across all social media platforms. 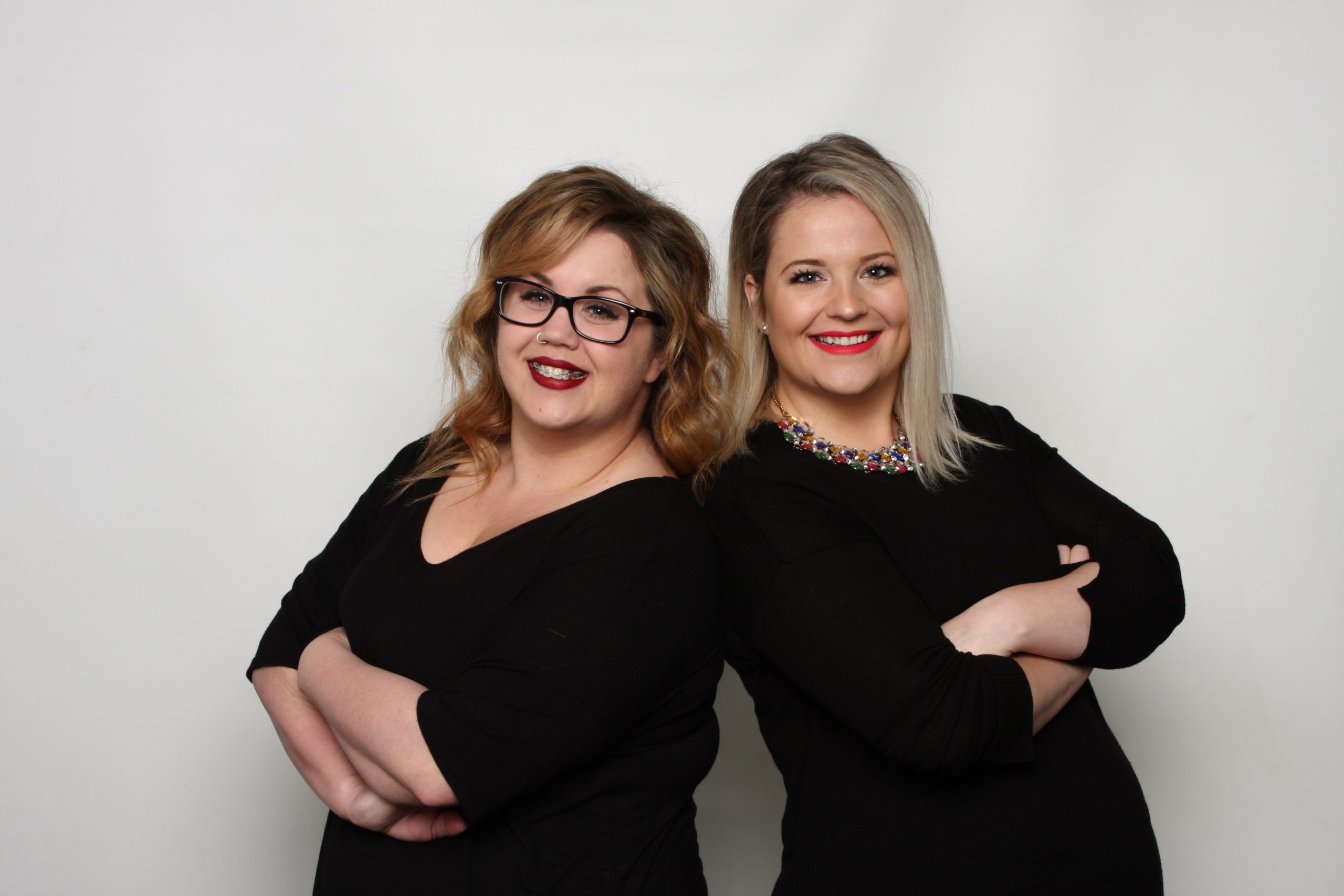 Ugly Duckling International Educators Chrystacle Cronk and Natasha Harton make for a world-class combination of nail artists that bring their own unique gifts to the industry. Their clear, precise, and encouraging teaching techniques have made them much sought after educators. Their work has been featured in many publications and graced the cover of Nailpro magazine. They have a strong social media presence and are recognized independently for their different skills. Chrystacle, who was awarded Canadian Nail Tech of the Year 2018, is known for her perfect sculpting structure, and her obsession with crystals and French nails. Natasha who has won several competitions, is a very gifted creative artist, excelling in hand-painting, 3-D, and Fantasy. 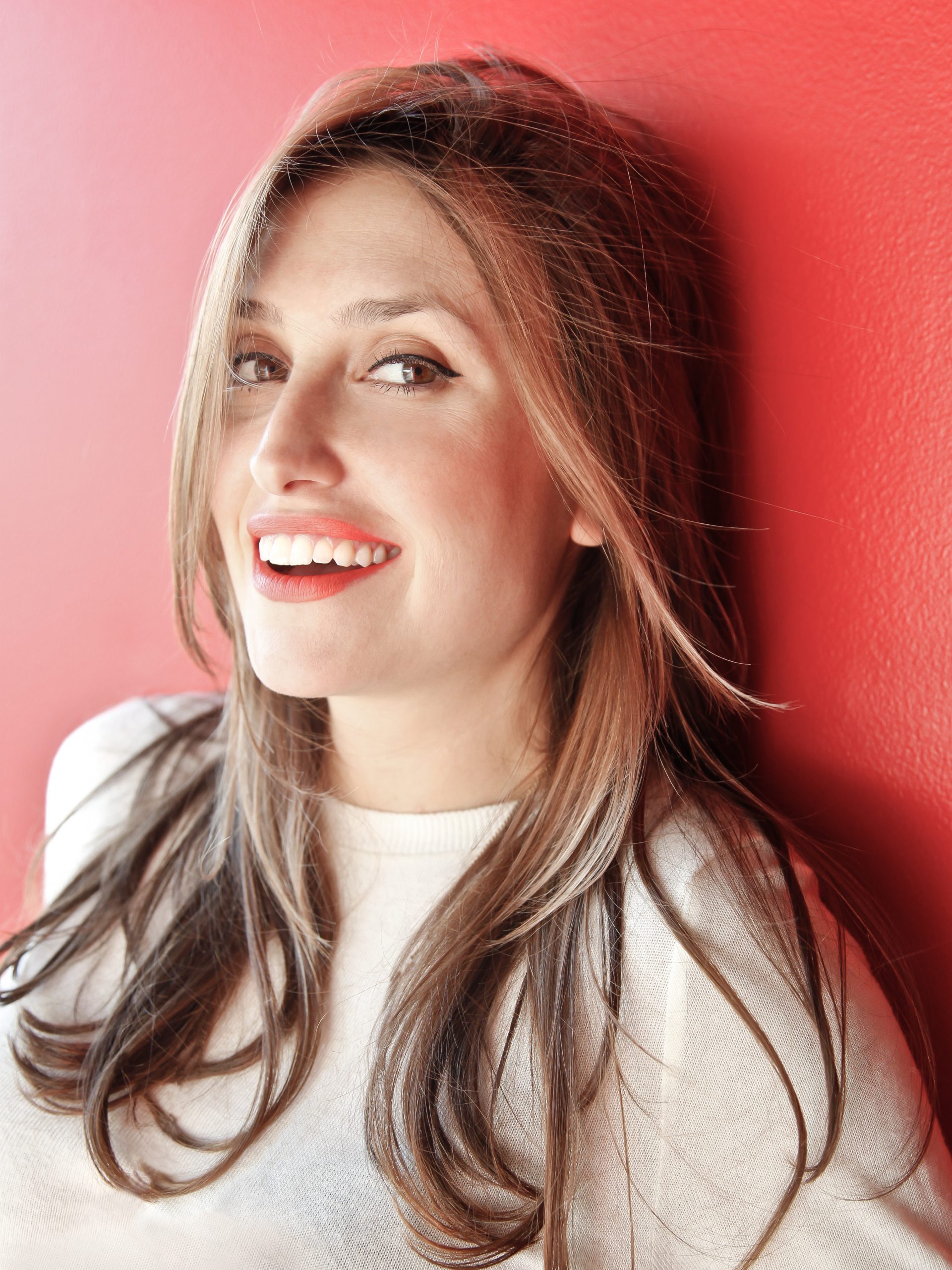 With a background in music, film production, and graphic design, Shanee Pink has an arsenal of experience that has all prepared her for her role as Creative Director at ORLY. During the 10 years she was writing, producing, and performing her own original music, she was also taking on projects at her family owned business rebranding the company that her mother, Orly, and father, Jeff Pink, founded over 40 years ago. Today she is there under the official job title of Creative Director connecting the brand with the fashion and music scenes she was part of as an artist living in NYC and LA, and introducing ORLY to a new audience. 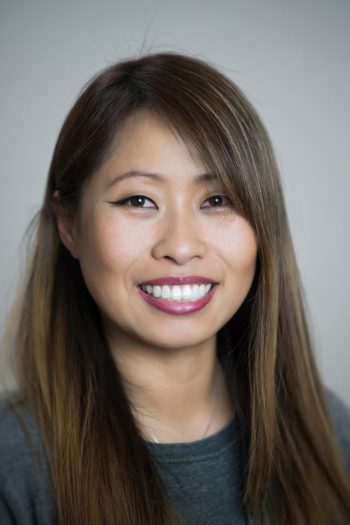 So Yong has a BBA in Marketing and International Business, is the owner of a successful salon, and has over 19 years experience as a manufacturer educator for domestic and international markets along with a great head for business. So Yong has an artistic side that brings a wide variety of possibilities to the salon professional. So Yong has played an integral part of developing new designs for many of today’s top nail companies. All of the experience that So Yong brings offers business sense to assist the salon owner, professional nail technician or cosmetologist.

After more than 21 years as a licensed nail technician, 10 of which were spent working as a global educator and corporate executive with an internationally known manufacturer in the nails category, Elaine Watson combined both her savvy of an evolving industry with her love of nails and launched Nailebrity in 2015. Watson has worn many hats in the nail category including salon owner, celebrity nail technician, television personality/judge on “Nail’d It”, head booth judge of the internationally known Nailympia competition, and most recently as entrepreneur and CEO. Now she is drawing upon her extensive background to inspire other women (and men!) who have dreams of financial independence. It is Watson’s hope that the skills she has acquired along her journey can be taught to a new generation of professionals who have love for the nail category but in a way that opens them up to thinking outside the box. There is no longer a “right and wrong” way of doing things, rather a more knowledgeable way to adapt to the needs of this ever-evolving industry and its clients. 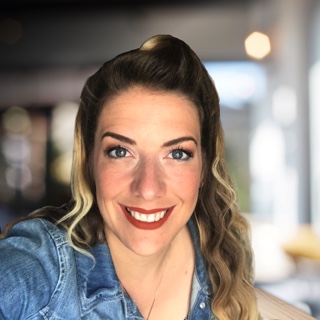 Lauren Wireman started her career in the beauty industry in 2001 after graduating from Pittsburgh Beauty Academy in Pittsburgh, Pennsylvania. Her talent was discovered on a national scale upon winning second place in the 2014 Nails Magazine’s Next Top Nail Artist worldwide competition, and second place on the Oxygen Network’s nail reality show, Nail’d It. With her trend-setting work in high demand, being featured in editorial work with CND, the NewsPress, Nail Talk Radio, on the covers of Nail’s Magazine and VietSalon, she still continues to make time to develop an impressive skill set ranging from simple pink and white manicures, to sculpting 3-D elephants! Lauren is happily married and lives in Cape Coral with her husband of 10 years, Jamie, their beautiful daughter Israelle. Her passions besides teaching are ministry, cooking, pottery, and music.