Pressing On: The Top 3 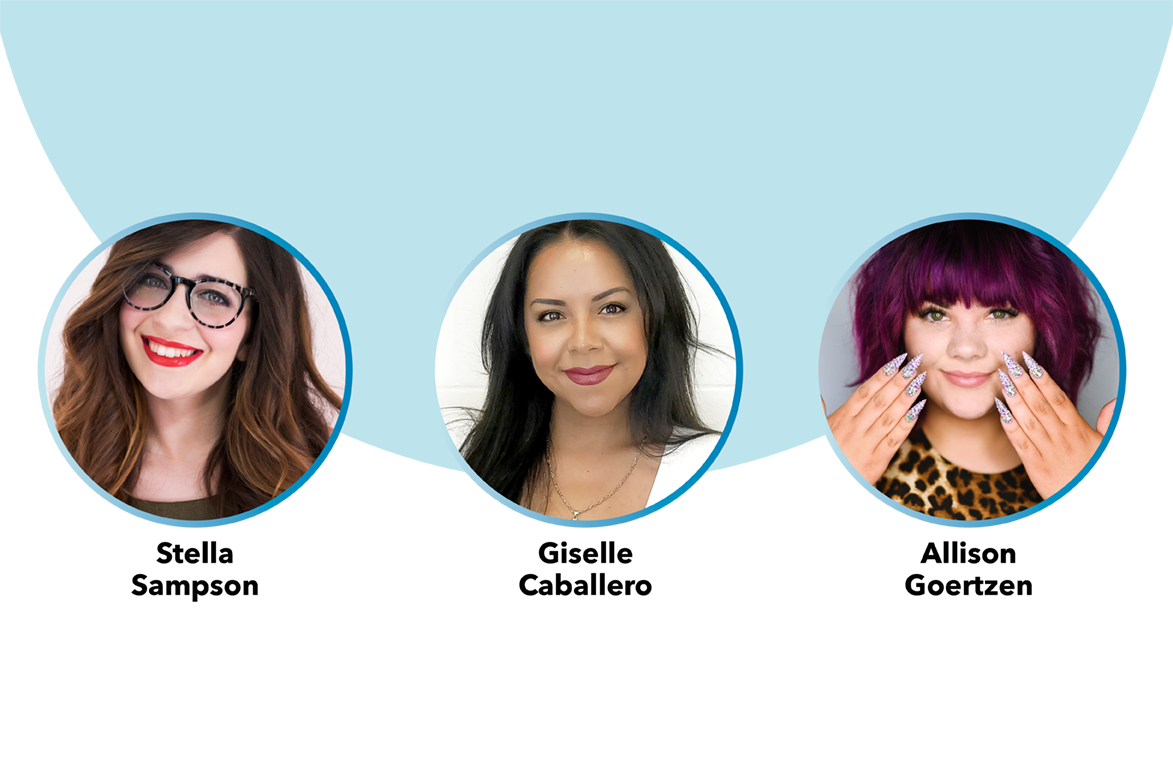 Since there are only three competitors left, we are providing the judge’s comments on all three finalists.

Ally: The judges have deemed you the most engaging and mediagenic super star of this competition. We feel you have a bright future when it comes to being an influencer, educator, or both. From the get-go, you’ve given us video and photographic perfection. In your five final sets you’ve shown us great range. The Janicure and Billy Porter sets in particular felt very fresh and we feel that for your style of nail art, these pushed you outside your comfort zone the most with absolute success. The BCL set was also very well done and we liked seeing a darker color palette from you — you do it well! The other two sets we feel were more expected looks from you and could have been pushed a little further. Your message to the nail community about pressing on in your video and your words about strength (inspired by your mother) were taken to heart and needed to be heard. You are an inspiration and a professional. Congrats on Season 7!

Giselle: Every set you gave us in the finale is a show stopper! The judges can tell you used your time well, investing creatively and generously in each set, as well as in your video and photo work. You not only played with movement and texture and color, but you brought to life current social issues within your nail art, resulting in what we feel is a very inclusive and powerful message. Your BCL, RuPaul, and Janicure set were highlights for us as these are your best work of the season and show us nail concepts we have NEVER seen before. Your Frida Kahlo set was such a unique take on the artist, full of color, and symbolizing strength. However, we felt two of the nails in this set weren’t as strong creatively as the others (the mesh and traditional corset nail). Your Billy Porter set also symbolizes strength and unity, and while the message is strong and clear, the artwork is not as strong here as in your other pieces. The color palette and technique in this set don’t quite compare to the other four epic creations you showed us. Ultimately, the judges feel you are a fighter and perhaps the most versatile artist of this season. Congrats on finishing Season 7!

Stella: When it comes to technical excellence, it’s clear you’re the one to beat. All season you have engineered brilliant nails that are more than art, they’re mind-blowing experiments that come to life on tips. Your robot hand is definitely the coolest, most extreme NTNA creation we have ever seen! The judges don’t want you to always rest on moveable innovation when it comes to your nail art though. Consider the BCL and Nautical sets, for example. The BCL set showed an amazing flower, but the puzzle pieces got lost on the background of the nail. The Nautical Set and Janicure also seem like nails we’ve seen before, albeit with some intricate moving pieces. Your Billy Porter set was fabulous, and we loved the fans — perfect for Pride Month! Congratulations on completing another Season of NTNA!