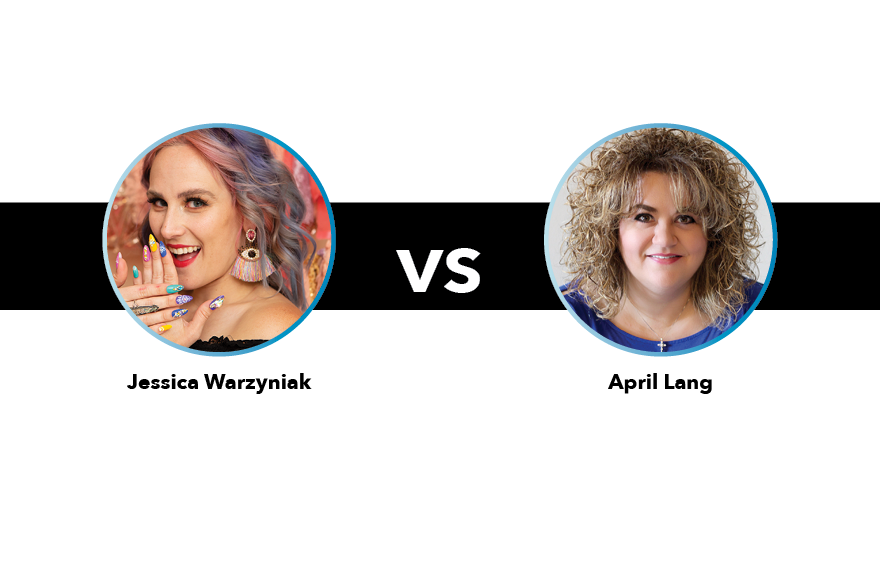 For Season 7’s fourthLast Chance Design Lab challenge sponsored by CND, Jessica Warzyniak and April Lang will battle it out one-on-one to see who has a chance of staying in the competition. CND’s Jan Arnold will select her favorite look Friday and you’ll find out who will remain for at least one more week.

Since April packed her paintbrushes after Ugly Duckling’s Once Upon a Time challenge, this week’s Last Chance is loosely related.

Alternative Ending: Sculpt a not-so-happy ending to a nursery rhyme on a single nail.

In the 17th and 18th centuries, life was harsh and the life expectancy was not what it is today, so children had to learn to navigate their way through it early on. This is why many nursery rhymes touch on dark subject matter. They were used as a way to teach children about the world they lived in.

The not-so-happy ending I chose to depict is “London Bridges Falling Down”. Historians cannot all agree on what exactly this tune is about, so I chose my favorite theory out there. It is believed by some that King Olaf of Norway and his Viking fleet once stormed London and took out their bridge in a battle to siege the city. The nail is upside down and filled with choppy waves to show the river and there is the London Bridge above. A Viking ship is below pulling at the bases of the bridge causing it to begin to break.

The sail of the ship has three runes. In order, they mean “journey, gift, and joy.” “Journey” is because NTNA has been a WILD RIDE for me. “Gift” and “joy” are for how grateful I am to be among such talented nail professionals and to have this platform to showcase what’s in my little nail soul. I wouldn’t trade this experience for the world so thank you THANK YOU for this opportunity! 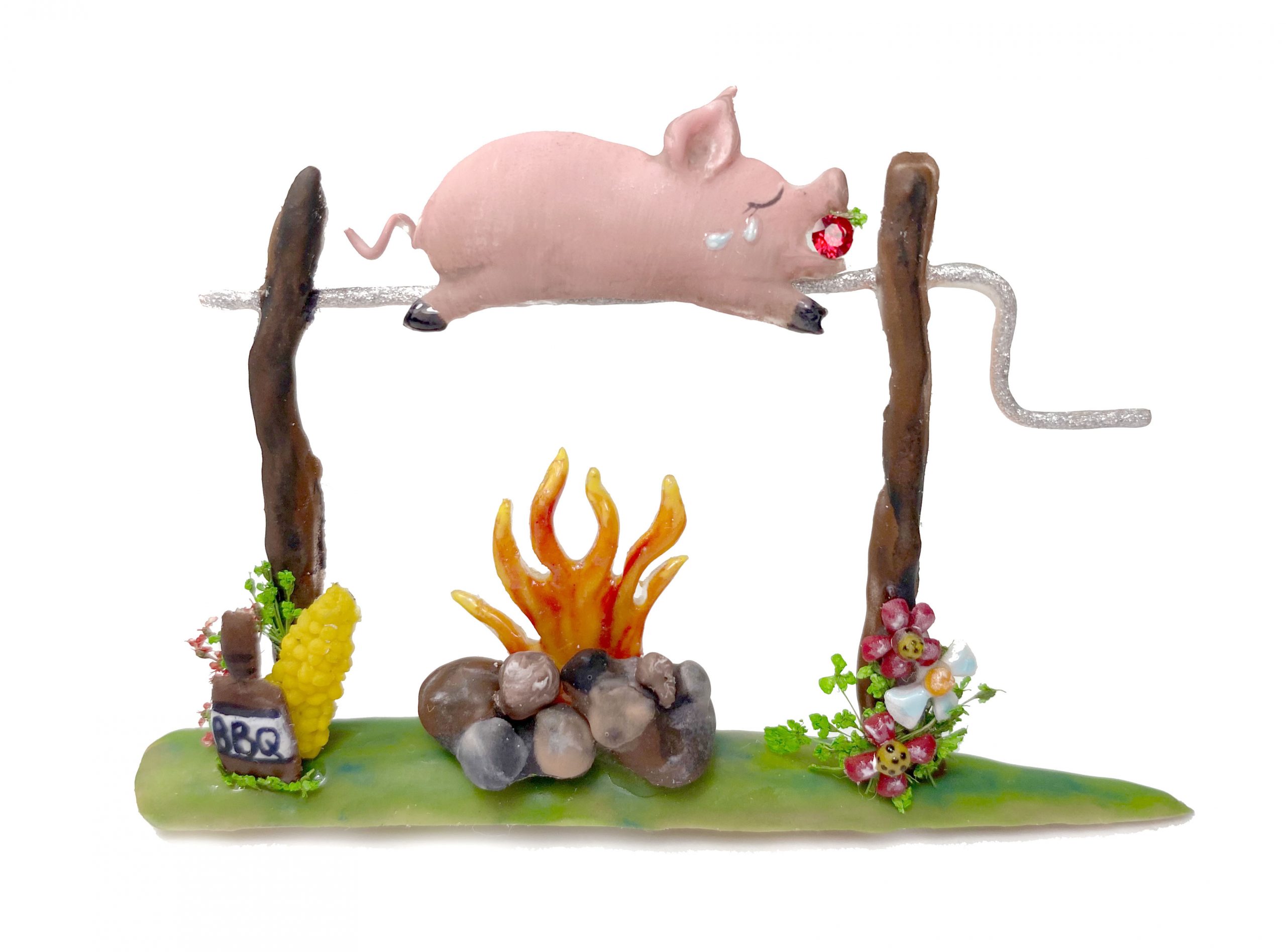 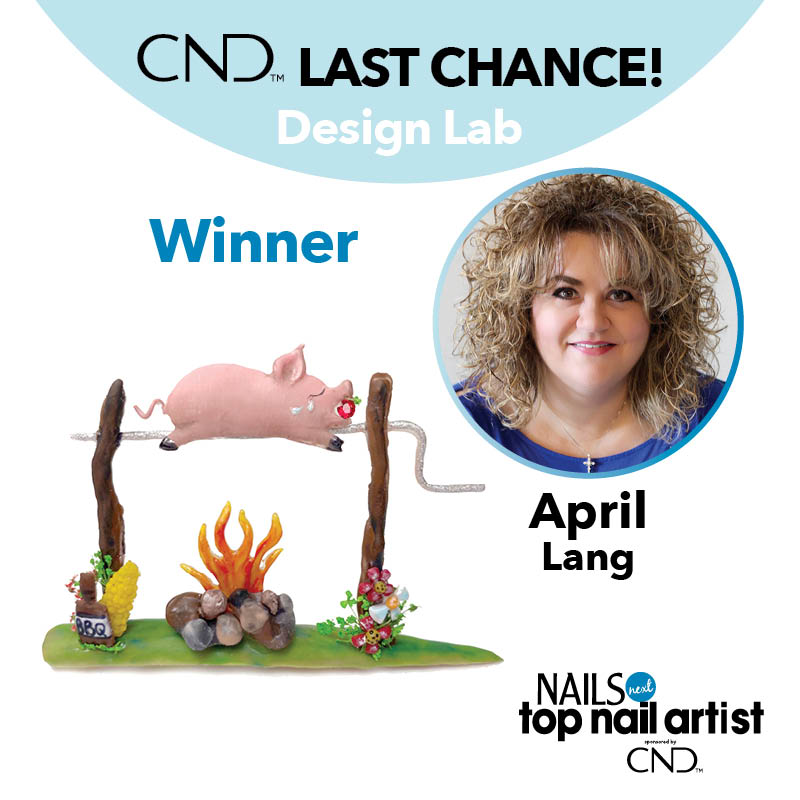 Congratulations to April for winning the fourth CND Last Chance challenge of the season! April went up against Jessica to sculpt a not-so-happy ending to a nursery rhyme on a single nail tip. CND’s Jan Arnold chose the winner.

Jan says, “April, for a nice Southern girl, you threw me for a loop with your twisted humor!! Girl, what a surprise you are! Of course we know this is just good clean fun and no one wishes dread on the piggy, but the fact you did it so sweetly, with pastel colors and little flowers, a crystal apple and BBQ sauce to boot…you won me over!  Congratulations!”

This means April will move on to compete against the next eliminated contestant. Find out tomorrow who that will be.