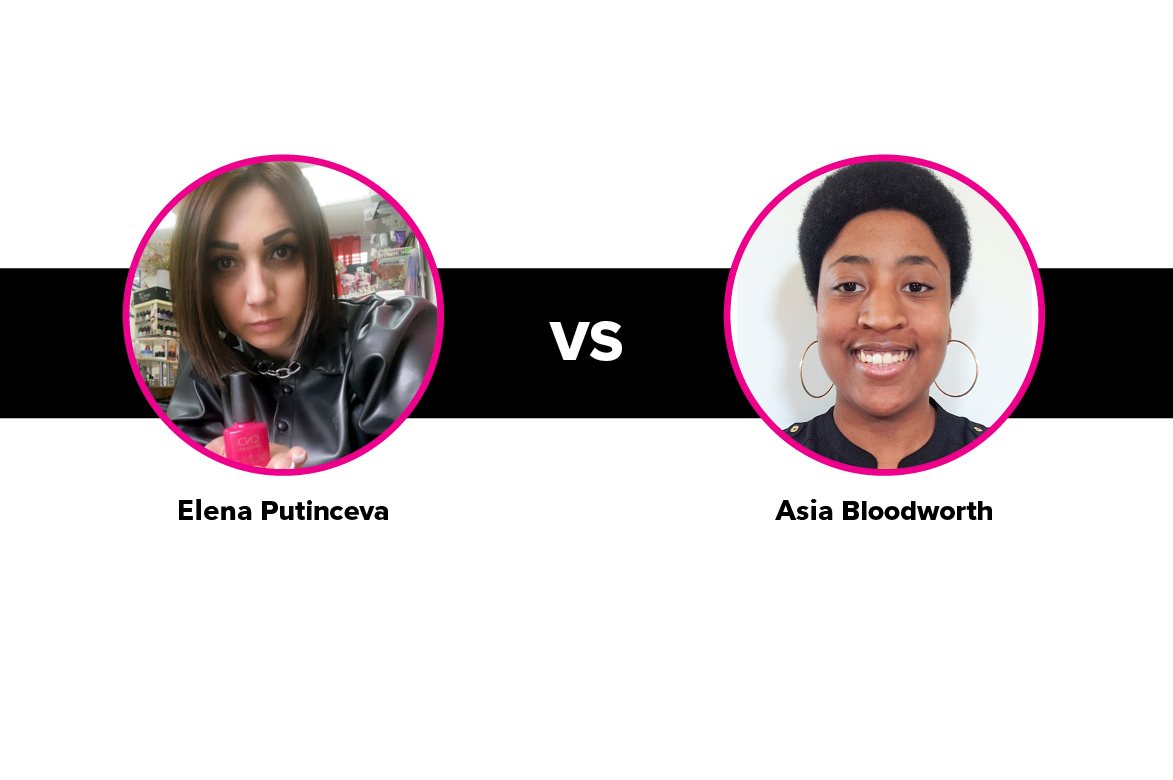 For Season 8’s  Last Chance Design Lab challenge sponsored by CND, Elena Putinceva and Asia Bloodworth are battling it out one-on-one to see who has a chance of staying in the competition.

We’ve seen futuristic nail art, now let’s look to the past for inspiration. Create an ancient artifact on a single nail tip. This design must be 3-D. In your write up, explain why you chose the artifact you did.

Here are the looks they created… 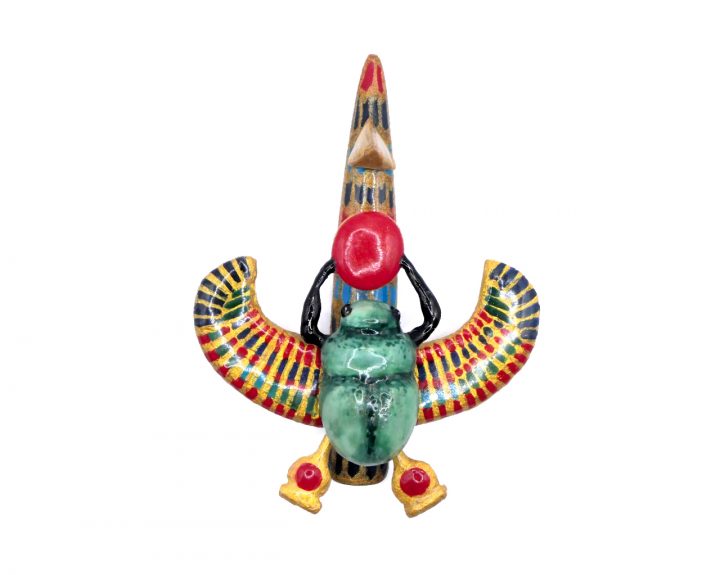 For CND Last Chance Lab, we were asked to find an ancient artifact and to do only 3d art for our nail design. The artifact that I chose for this challenge is the Scarab Beetle from Egypt, which is also known as the Dung Beetle or Khepri Beetle. This was an artifact that was very significant in Egyptian History.

Starting with the origins of the artifact, The Scarab Beetle was symbolic to Khepri, a sun deity and his head was in the form of a Dung Beetle. When you look at the artifact, above Khepri’s head, the object of which he is holding is the Sun. The Dung Beetle’s diet consists of the waste coming from omnivores and herbivores. Another fact about the dung beetle is that it would lay eggs inside a ball of dung and place them underground.

The Scarab Beetle is a symbol of rebirth and renewal and immortality. It was a popular emblem in Egypt that the Egyptian people would wear and it was used for funerary related events as well as placed on mummies for protection.  The ancient item would include hieroglyphics and it would form as an impression seal. It would be made of different stones and pottery as well as the item being glazed in different colors.

I thought this artifact was so cool to do because the beetle held quite a significance in Egyptian history and culture. I always had an interest in getting inspiration from nature and being mesmerized by nature’s uniqueness. Bugs such as beetles were something that was of an interest of mine because of their amazing color combos and patterns. You can grab so much inspiration from nature, it is so incredible!

This was such an interesting challenge to do and to make an actual artifact that came from one of the coolest places, it was such a joy to create! 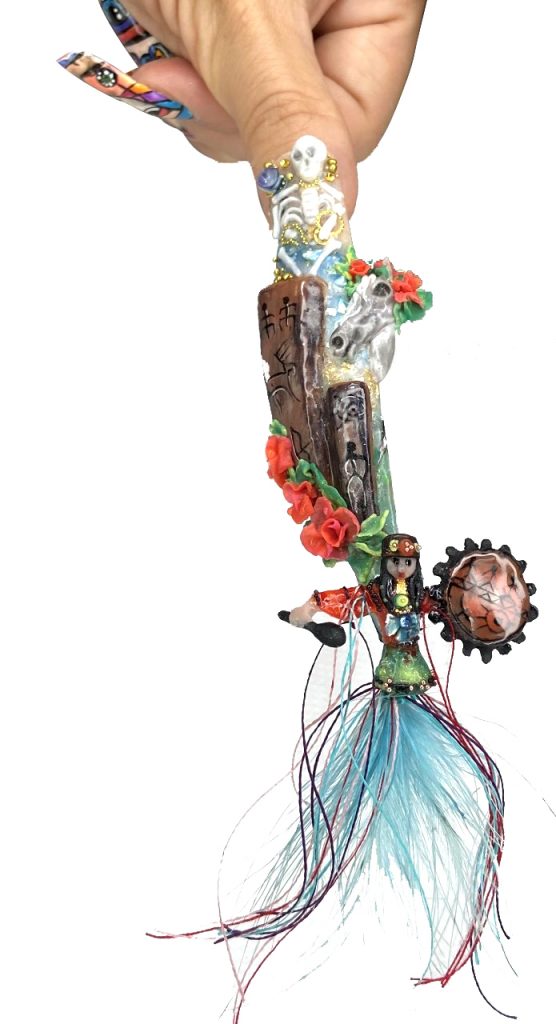 Since I live in Khakassia, to create a nail design, I chose our ancient artifact.

Khakassia has its own Stonehenge – the Big Salbyk Kurgan. Once it resembled an Egyptian pyramid made of earthen blocks and reached a height of 25-30 meters. What secrets does the Salbyk mound keep?

The vertically standing stones weighed up to 60 tons. The Salbyk Kurgan is a unique monument, a shard of Tagar culture, shrouded in various legends.

Among the sacred places of Khakassia, the Bolshoi Salbyk Kurgan is the most famous. It is located in the Valley of the Dead Kings – the burial place of the Scythian nobility. It has now been established that the mound was built in the 3rd century BC. At the time of excavations carried out in 1954-1956. by the expedition, it was 11.5 meters.

Kurgan is the burial place of a powerful leader, his advisers and servants, who were sent to the grave immediately after the death of the ruler.

During the excavations, the remains of the ruler were discovered (he was buried in the center) and six skeletons of his confidants or relatives, called upon to accompany their master on his last journey. In the ancient world, this was considered an honor. Also, his beloved horse, ceramic dishes, and jewelry were buried.

On the Bolshoi Salbyk burial mound, tourists order a shaman rite. Khakassians believe that shamans communicate with spirits, who can be asked for welfare or banishment of the enemy. Shamanism is the religion of the Khakass to this day. Also, to this day, ancient rock inscriptions, or Khakass petroglyphs, have been preserved on the mound. I painted petroglyphs – hunting scenes.

The Kurgan is a grandiose burial structure of a person who was not more powerful in this region 25 centuries ago! The excursion to the mound is very exciting, but not all tourists agree to go all the way. Would you take the risk !?

And the winner is… 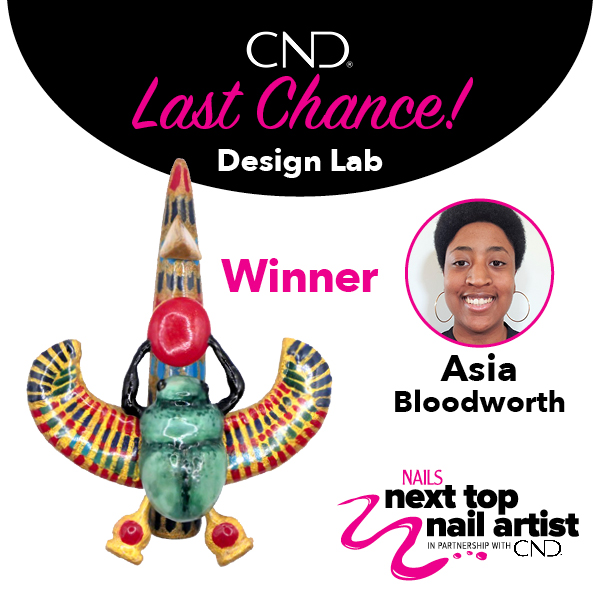 Congrats to Asia for winning the final CND Last Chance challenge! Asia went up against Elena to sculpt a single nail on the theme “Ancient Artifact.” CND’s Jan Arnold chose the winner.

Jan says, “Asia, your brilliance is in the balance you show, between your intellectual left brain for research & facts, story-telling & color composition and your right creative brain for pattern, texture and scale.  In its intellectual complexity you have demonstrated a simple work of beautiful artistry.  And I would argue it is also wearable, like a treasured heirloom.  Job well done! Congratulations!  You have won this week’s Last Chance Challenge and will complete again in the Last Chance Design Lab next week.”