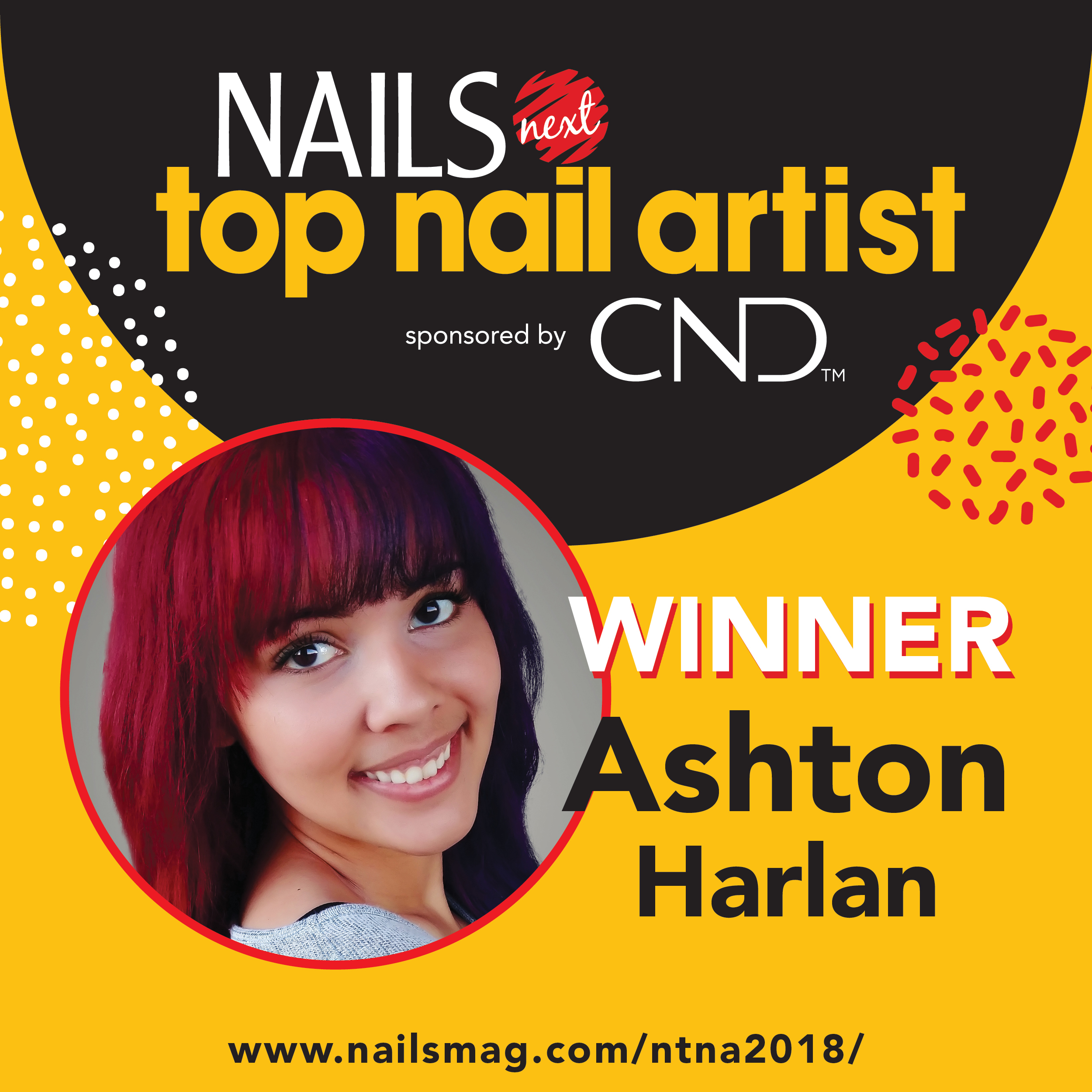 NAILS Next Top Nail Artist concluded with a revamped sixth season finale kicking off Premiere Orlando on June 1. The winner was announced at the NAILS NTNA Social in front of a crowd of press, sponsors, and fans.

Ashton Harlan was named the winner, while Carly Snyr was named first runner-up and Nixxi Rose second runner-up. The Top 3 each completed a grueling multi-part finale sponsored by CND (click here to view the final sets). At the show, they arrived wearing their final sets of nails, representing the landmark launch of CND Shellac. The final sets of nails were explained in the CND classroom in front of hundreds of attendees. These nails combined with the live Q&A were the final deciding factor in determining the Season 6 winner.

Season five champion Valerie Ducharme journeyed to Orlando to hand over the trophy, which was sponsored by Swarovski. Harlan also wins a trip to Los Angeles for a NAILS cover shoot, a trip to New York Fashion Week with CND, the position of guest editor with NAILS, the opportunity to judge next year’s competition, and $4,000 cash.