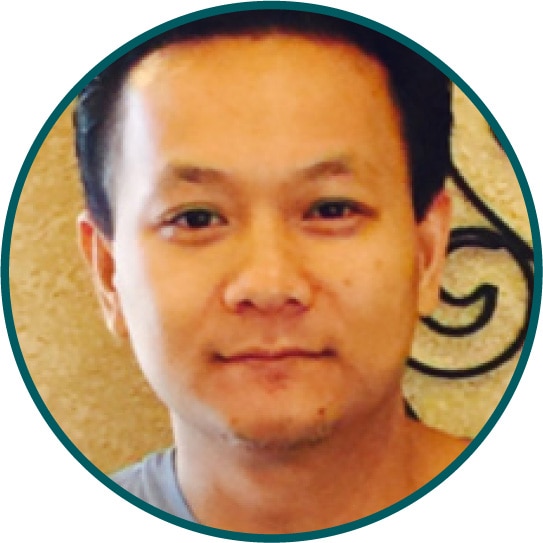 I am a sociable guy and will do my best connect with anyone I come into contact with. I love to share what I know. Professionally I love, love, love my job. Therefore, it’s not a job, it’s my life. What sets me apart is my creativity and passion not just for the nail industry, but for everything and everyone around me. I am a team player but will not be hesitant to lead. With that I wish everyone the best of luck.

Upon receiving the Entity Challenge, I decided to create a corset inspired by French designer Jean Paul Gaultier. Gaultier has designed for many artists and films. He designed the infamous cone bra for Madonna for her 2006 Confessions tour. He also did costumes for Marilyn Manson’s album, The Golden Age of Grotesque. Other artists he designed for include Kylie Minogue and Hong Kong singer Leslie Cheung. Admiring his sense of style and the fact that he had no formal training as a designer, I fell in love with Gaultier. He made me think of myself as an artist with no formal training in nail art designs. Working as an assistant for Pierre Cardin, Gaultier was sending in his sketches and was hired. Many of Gaultier’s following collections have been based on street wear, focusing on popular culture, whereas others, particularly his haute couture collections, are very formal yet at the same time unusual and playful. Haute couture collections being formal and playful — that esthetic suited me just fine. I decided to apply that style to my nails for this challenge.

For this challenge I chose Xiangqi. Xiangqi is Chinese Chess, a game of strategy and competition played in China, Taiwan, and in many other Chinese communities. Xiangqi is also played in Vietnam where its name is Cò tuóng. When I looked at the game board, I thought, how can I make this game come alive in 3-D being that it was only a round piece? But I love to challenge myself. I came up with my version using Lego pieces assembled with builder gels. Having to create a mold was challenging. I couldn’t be happier with the results. I wanted to keep to my Asian roots. That’s why I chose this board game, because of its strategic style. I also love to apply the theory and concept of the game to my own life. Life is a chess game daily and we are the kings and queens who make the moves.

Click here to see a step-by-step tutorial of how Tan created these nails.

I decided that Mr. Liberace would be my “Pure Diva.” Prior to Cher, Madonna, and Lady Gaga there was Liberace, the beloved pianist and entertainer. Liberace was the highest-paid pianist of all time, known for his flamboyant costumes and incredible stage performances. He’s also a homosexual man but did not openly admit to it. I chose him because of the way he was able to capture an audience and following despite his differences. I love the fact that he has a masculine and feminine side. It works perfectly with my style of artwork. So I decided to use his infamous “Piano-Keyed Suit” and “Ostrich Cape” as my inspirational pieces.

Click here to see a video of how Tan created these nails.