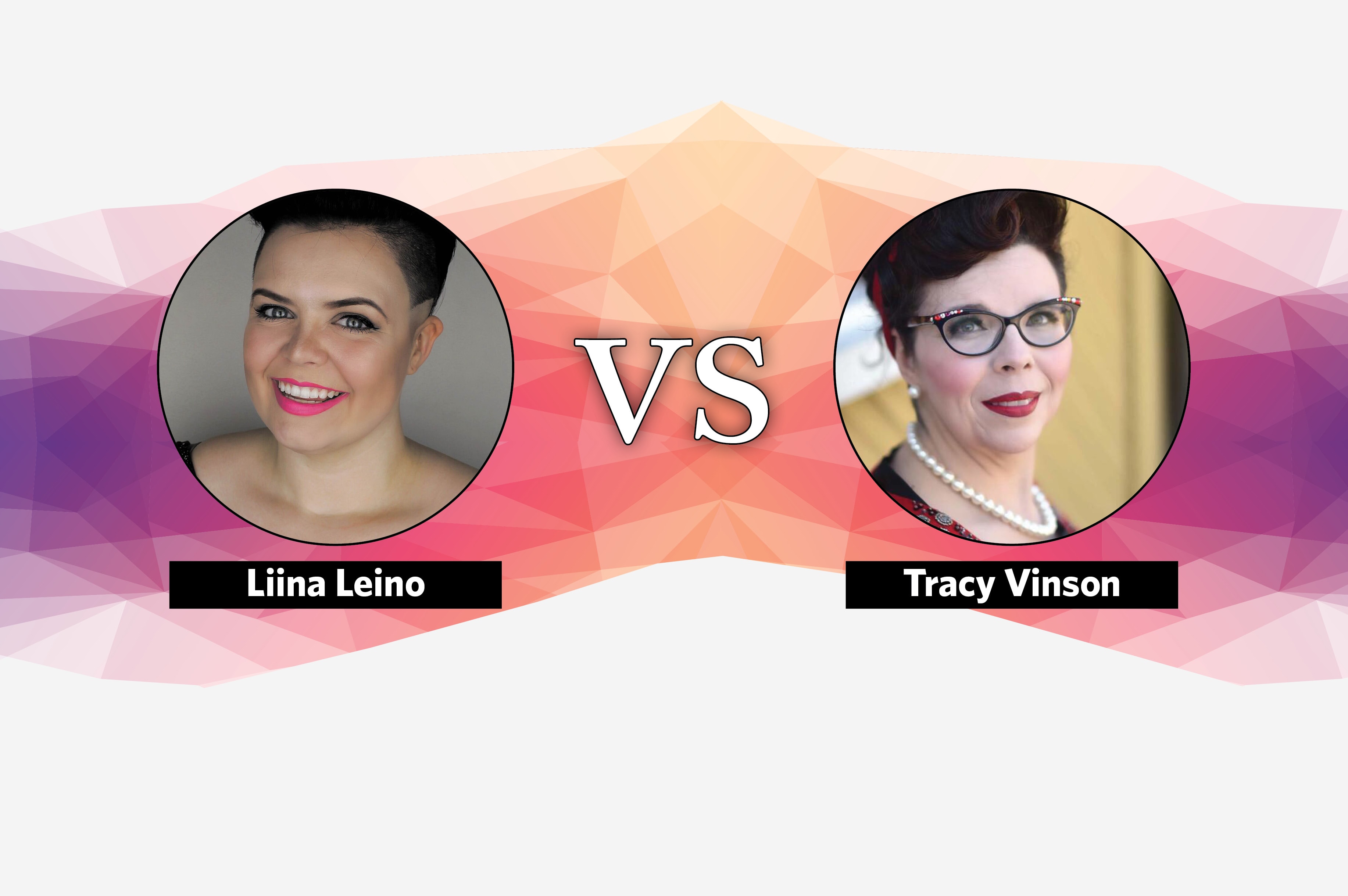 For Season 4’s final Last Chance Design Lab challenge sponsored by CND, Liina Leino and Tracy Vinson will battle it out one-on-one to see who has a chance of staying in the Top 3. CND’s Jan Arnold will select her favorite look by next Monday. The winner of this Last Chance Challenge will go on to compete for the title of NAILS Next Top Nail Artist in Chicago.Save

Since Liina packed her paintbrushes after the Avant-Garde Acrylic challenge, this week’s Last Chance challenge is loosely related.

Changing of the Garde: Reinterpret this week’s winning design WITHOUT using black, white, and pink. Anything goes! 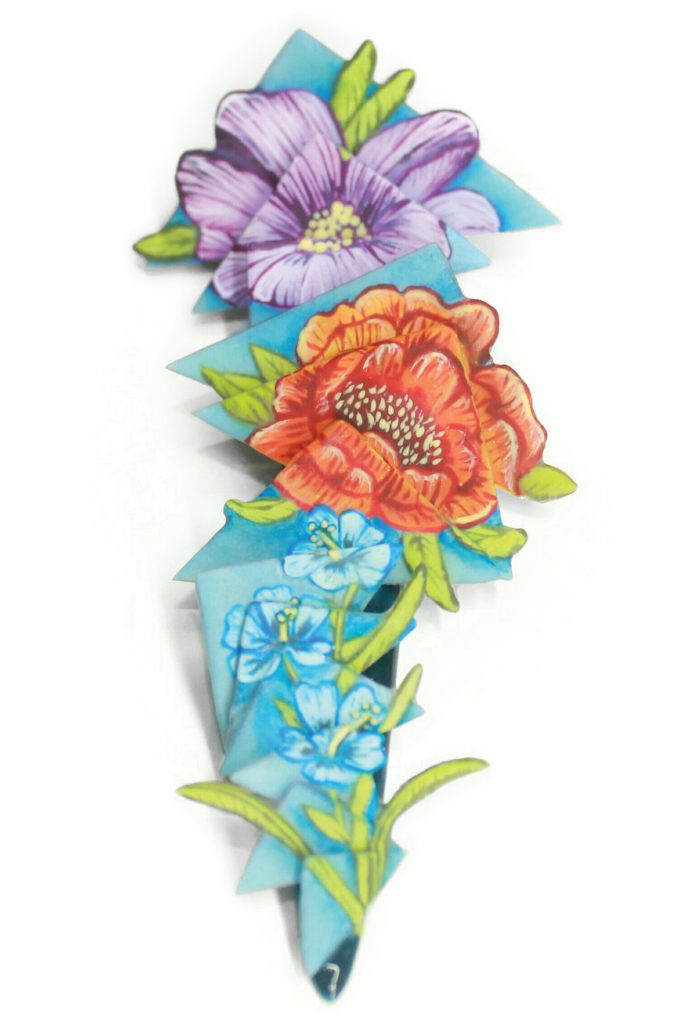 Jonny’s beautiful set was really modern, simple, and linear. I maintained the sharp look with triangles that I sculpted using acrylic. Since we couldn’t use pink, black, or white in the set I had to rule out some of my ideas. I really wanted to play with contrasts and dimension, so I painted different flowers that look 3-D while in fact, they are 2-D. To create dimension, one does not have to create straight forward sculpted art, you can use layers. First I made the triangles and attached them to my nail tip with acrylic. Then I painted the base colors of the flowers and leaves. When the flowers had a form I could make the petal edges with acrylic. That way the set got a realistic look to it. I painted the shadows and details using only darker and lighter colors. My main idea was to make the set softer than Jonny’s using the flower theme. Jonny’s set included strong contrast colors, hot pink, white and black, and I wanted to make the colors flow more softly on my own set. The triangles and flowers brought me back to my childhood; they made me feel like a child looking at my profession and work through a kaleidoscope. 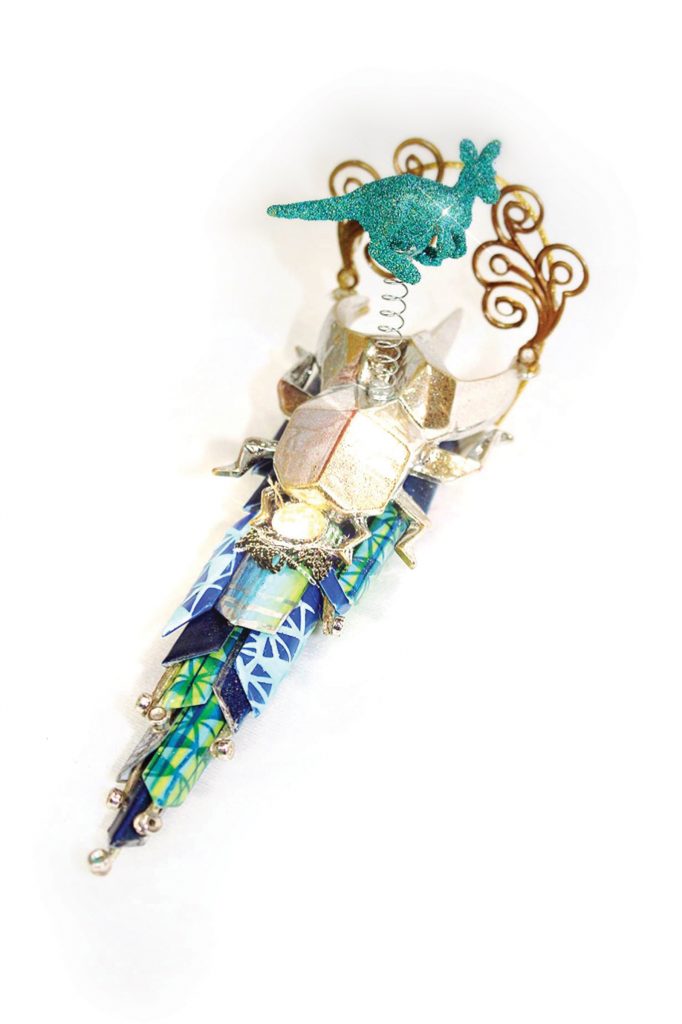 My color palette is focused heavily on metals such as silver, gold, and bronze, with varying shades of blues and greens. I chose to layer multiple nail tips in the fashion that Jonny had done on his full set last week. I know that Jonny also loves bright colors and the use of gradients. If you look at my piece, the nail tips are done in various shades of blue, some with the gradient finish. At the end of a few of the tips, I’ve used some tiny metal bars and attached little sewing machine parts to the end of them (straight from my stash, of course). Since Jonny is from Australia, I wanted to feature a couple of items from his homeland. Australia is home to 10 of the most venomous and deadly spiders in the world. Thus, the creation of the “Sydney Funnel-Web” spider, avant-garde style, of course. This is quite possibly the deadliest spider in the world! I’ve named her Belladonna. She’s made with a bit of blue tac underneath and then I’ve added both acrylic and hard gels to refine her shape. I finished her off with a good dusting of Wildflowers Chrome Mirror powder. At her mouth, I’ve used a tiny piece of baroque trim in shades of bronze, gold, and champagne. This is a graphic, hard piece. Using the trim was the exact opposite and proved to be a softening touch. To me, avant-garde is something over the top! Something that would never be worn or put together but it works anyway. How many times have you actually seen a Kangaroo bouncing atop a spiders back? Probably never, right? So, that’s what works here, in true avant-garde fashion. I couldn’t resist this sweet boy, and what better way to honor such an amazing artist as Jonny, himself? The little Kanga is made from Fimo clay and then covered in gel. He’s finished off with a sparkling of turquoise glitter and set atop a spring on Belladonna’s back. 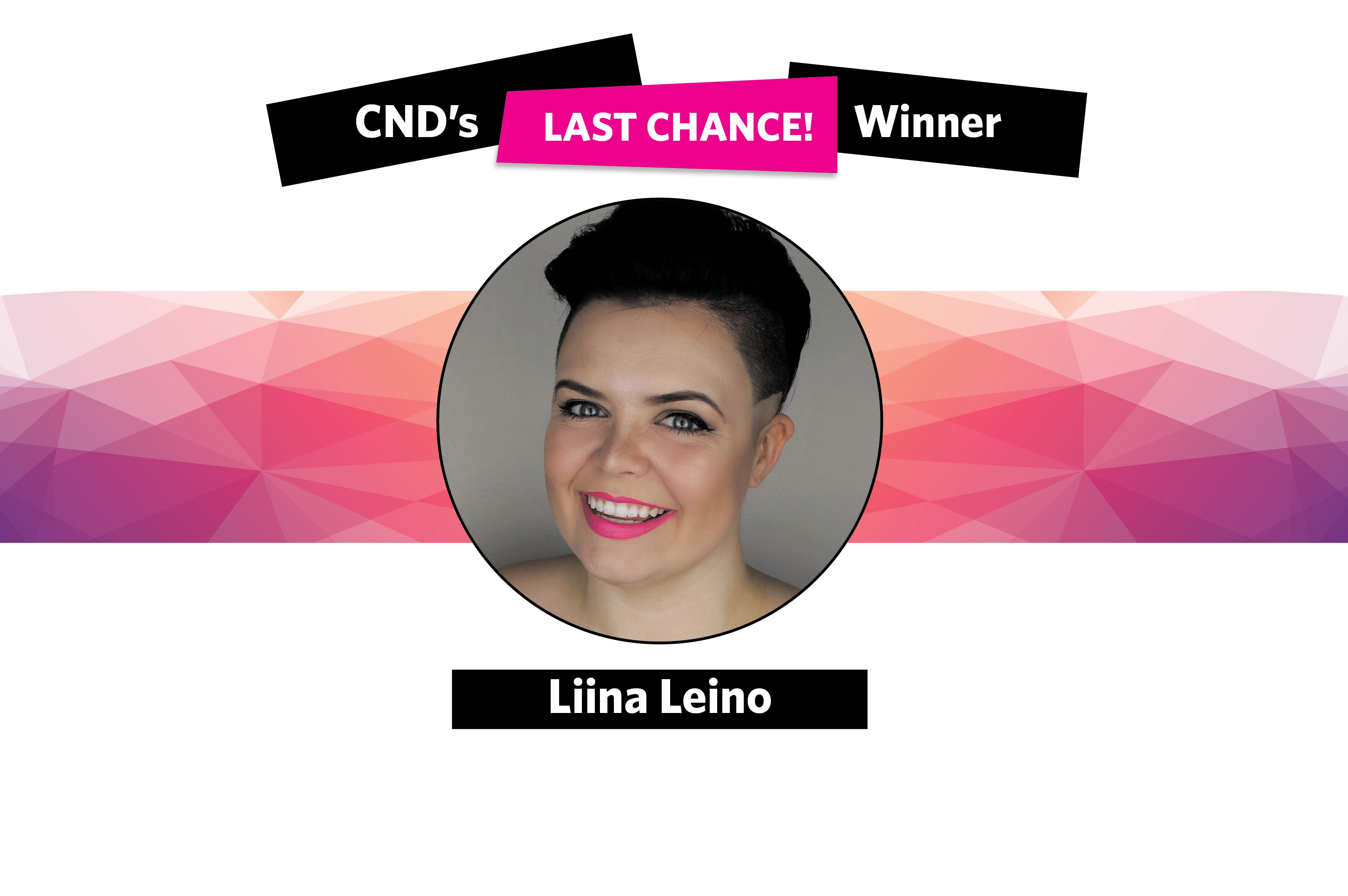 Congratulations to Liina Leino for winning the final CND Last Chance Design Lab challenge! Liina went up against Tracy Vinson to reinterpret an avant-garde look on a single nail tip. They were allowed to use any mediums and colors except for pink, black, and white. CND’s Jan Arnold chose the winner.

Jan said, “I love this simplicity of the linear illusion as well as the complexity of the dimension created without the use of black or white, which is so difficult to do. These nails are painterly, modern, and strikingly cutting edge!”

This means Liina will move on to our official (and international) Top 3 and will be competing against Jonny Diep Pham and Tracey Lee for the title of NAILS Next Top Nail Artist Season 4.

Check back for updates on the final challenge, sponsored by CND.