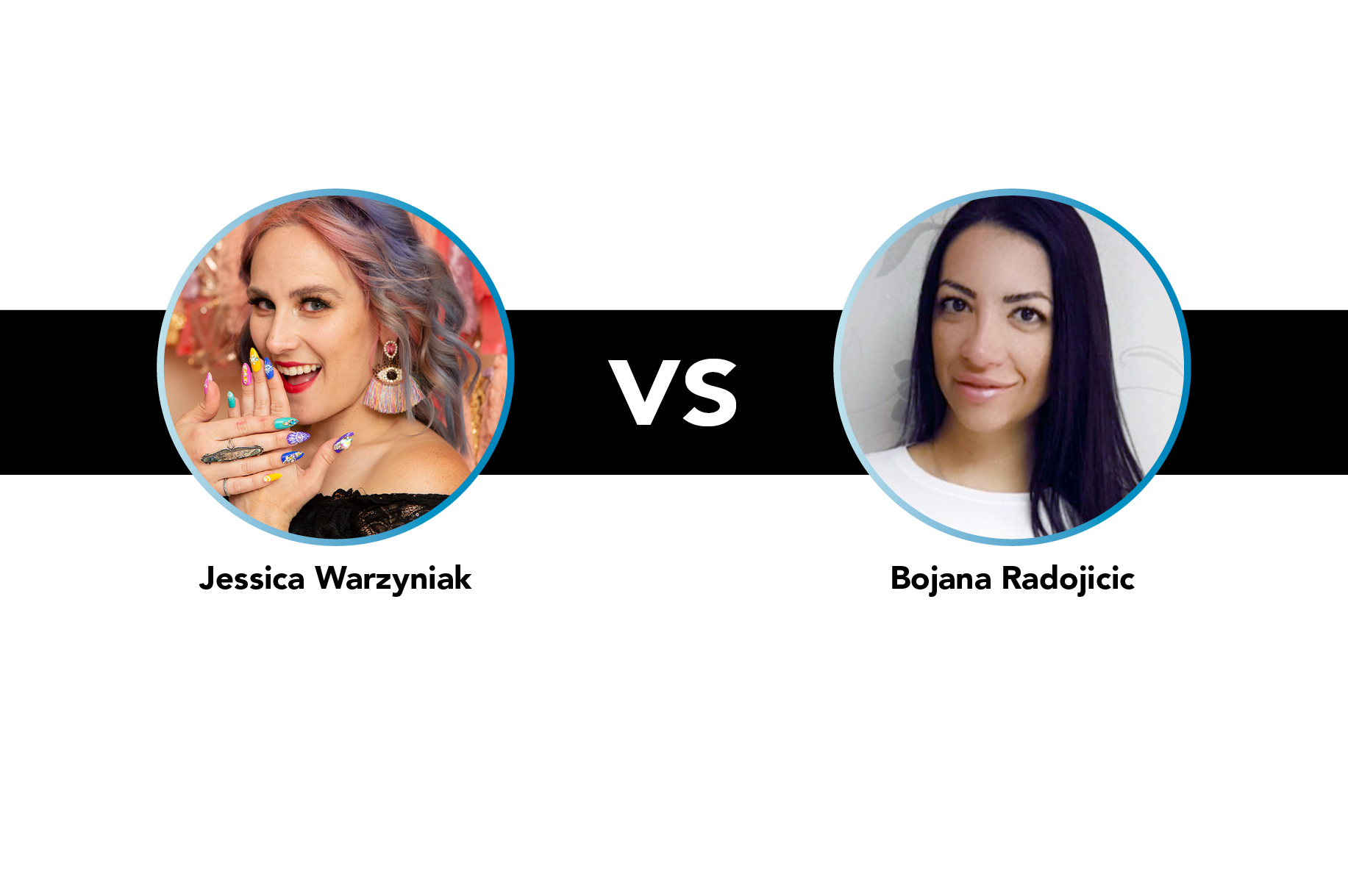 For Season 7’s third Last Chance Design Lab challenge sponsored by CND, Jessica Warzyniak and Bojana Radojicic will battle it out one-on-one to see who has a chance of staying in the competition. CND’s Jan Arnold will select her favorite look Friday and you’ll find out who will remain for at least one more week.

Leaving Las Vegas: Outside of the glitz and glamour of Vegas is vast desolate desert. Create a desert portrait on a single nail tip (handpainted) with NO embellishments allowed. 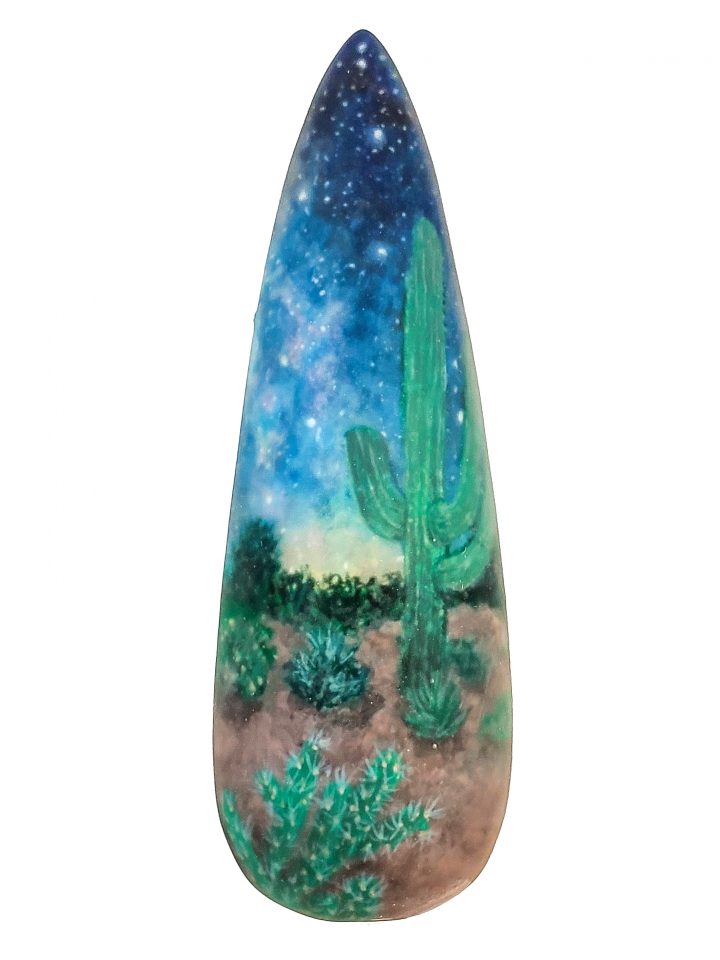 Having never been to the desert, I knew I would have to draw inspiration from the internet. I searched desert hashtags on Instagram until I found a stunning photograph of the Sonogram Desert National Monument taken by Brandon Erdman. It is a shot of the last bit of sunlight going down and the milky way glowng in the sky with several different cacti in the foreground. I love the colors and shadows that the desert has to offer in this lighting so I was pumped to paint this scene. 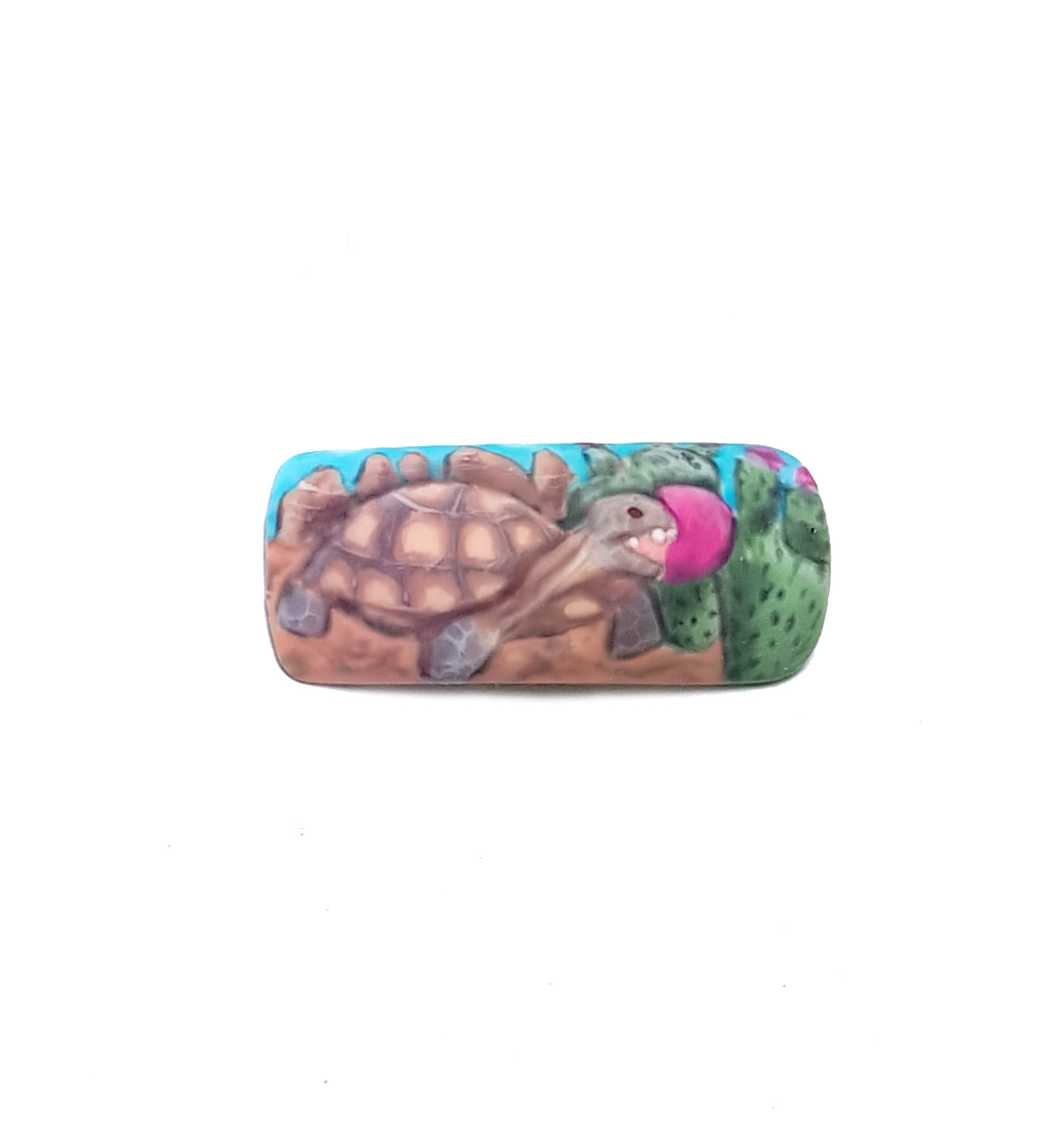 Tortoises have lived in the area that is now the Mojave Desert for millions of years, even before it was a desert. The Mojave desert tortoise occurs north and west of the Colorado River in California, Nevada, Arizona, and Utah. As recently as the mid-1900s, people commonly encountered these familiar, gentle creatures. Today, they are rarely seen and in some places they have disappeared entirely. The Desert Tortoise is one of most elusive inhabitants of the desert, spending up to 95% of its life underground. The desert tortoise lives in a variety of habitats from sandy flats to rocky foothills, including alluvial fans, washes and canyons where suitable soils for den construction might be found. It is found from near sea level to around 3,500 feet in elevation. Most desert visitors will not see a tortoise. But if you plan your trip for early spring, and are patient, you may see one of these popular residents of the Mojave. 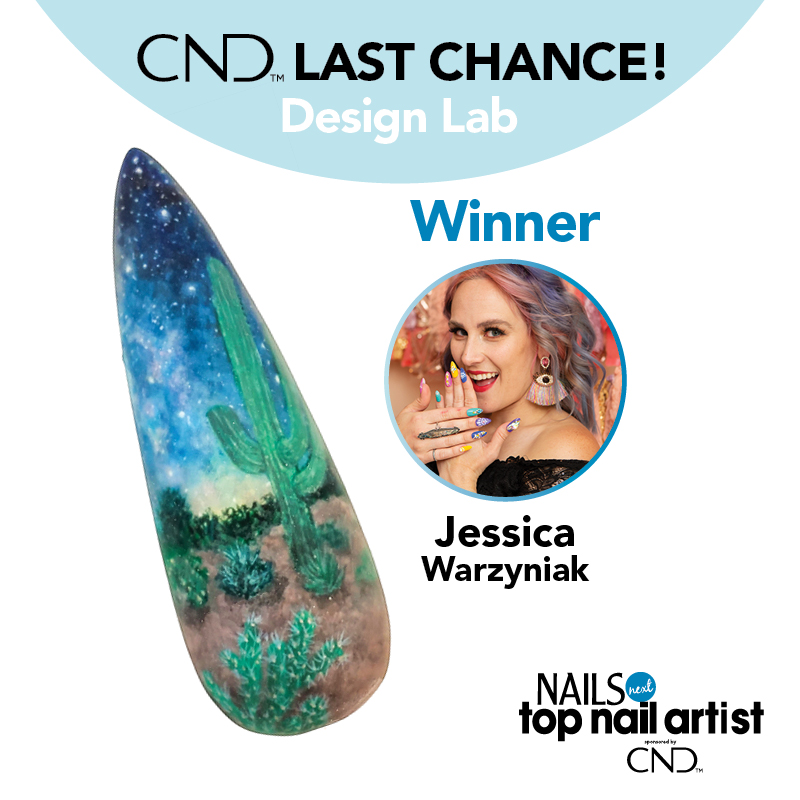 Congratulations to Jessica for winning the third CND Last Chance challenge of the season! Jessica went up against Bojana to hand paint a desert scene on a single nail tip. CND’s Jan Arnold chose the winner.

Jan says, “Jessica, you’ve taken desolate theme and showed us its many wonders as the sun goes down. The sculptural succulents and glimmering stars in the glow of twilight have me craving a desert road trip. Congratulations, you are back in the game!”

This means Jessica will move on to compete against the next eliminated contestant. Find out tomorrow who that will be.