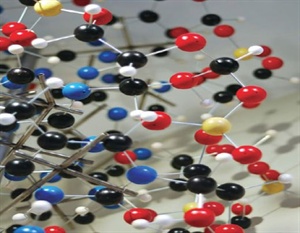 Nanotechnology is defined as the study and control of matter that is sized from one to 100 nanometers. A nanometer then, is equal to one billionth of a standard meter, which equates to being about 100,000th the width of a human hair. So nanotechnology is dealing with very small materials. But these small particles are nothing new. In fact, humans have been creating them for centuries, but it’s only recently that we’ve been able to study them and understand their unique functions.

Many stained-glass windows from the Middle Ages have nano-sized particles that help add to the shimmering effect and color vibrancy we see, and ancient samurai swords have been found to have nano particles as well. These both were an unknown by-product from manufacturers at the time, but with recent advancements in imaging microscopes,
we can now identify these particles and begin to study their usefulness.

In the cosmetic industry, the most obvious application for nanotechnology has been in sunscreen. Titanium dioxide is an ingredient that absorbs UV light and protects skin, but it leaves a visible color on the wearer’s skin. So titanium dioxide is manufactured to be small enough to become invisible on the skin, but still large enough to reflect and absorb the harmful UV rays.

Nano-sized particles are also used in hydrating lotions, where soy-based nanospheres are fi lled with vitamins and hydrating emollients to be delivered deeper into the skin. There is still much research to be done on nanotechnology. The Food and Drug Administration (FDA) has started a Nanotechnology Task Force to research the effects of using nano particles in food, medicine, and cosmetics, and the European Union (EU) is undertaking similar actions.