Ann Spilo, chairperson of the board of Spilo Worldwide and recipient of the ABA’s lifetime achievement award, died in April, 2003. Mrs. Spilo not only took over the leadership of Spilo Worldwide in 1974 after the death of her husband and company founder, Charles Spilo, she also grew the business to be one of the leading master distributors of beauty supply products in the United States. Mrs. Spilo continued the tradition of customer service started by her late husband, shepherding the business through many years of growth and prosperity. 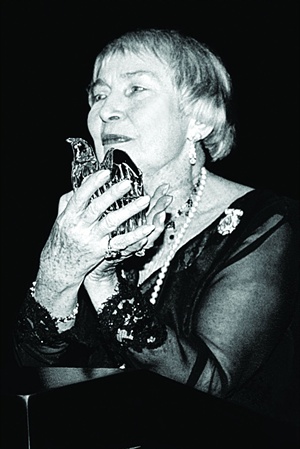 Traveling the world with her husband searching out new products and initiating long-lasting customer and vendor relationships was Mrs. Spilo’s forté. She played an active role in the purchase of  the Mehaz Co. and in securing the Nail Genie exclusive, which ran for almost 20 years. Through careful and conservative management, she oversaw the profitable growth of the Spilo Co. from a smaller regional master distributor to a manufacturer and master distributor with global reach and recognition.

Recognizing her great contributions to the beauty industry, the ABA awarded Mrs. Spilo with a lifetime achievement award in 1992. “We at Spilo Worldwide will always remember her for her passion for the industry, which she loved so much,” says her son Marc Spilo, who currently serves as company president/CEO. She is survived by her son Marc, her daughter Caryn, four grandchildren and one great-grandchild.