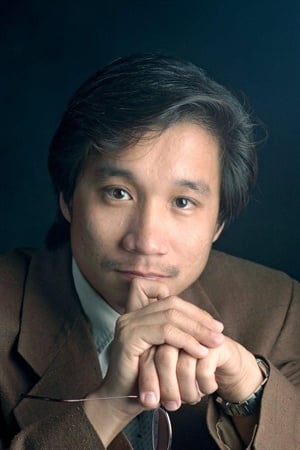 Quy “Charlie” Ton did not want to leave Vietnam the day he climbed into a boat with 67 other Vietnamese citizens and set sail across the South China Sea. He did it because his mother insisted there was no future for him in their Communist country and pushed him to follow the lead of an older brother who had already left the country.

The wooden boat cruised 3,000 miles before fishermen spotted them and guided the boat to the Philippines. A Catholic charity took Ton in and nine months later he received permission to immigrate to the United States. He moved to New Orleans to live with his brother and another relative. He graduated high school and enrolled in Louisiana State University as a chemical engineering major.

A friend and fellow student convinced him to change his major to business because he would make more money as a business owner than he would working for someone else.

He began his business career importing nail supplies, in part, because his wife owned a nail salon and her customers wanted quality nail care products without having to pay exorbitant prices. He named the company Alfalfa Nails Supply after the flowers loved by the bees he tended as a work/study student at LSU. He began by selling to local nail salon owners and expanded throughout the United States.

Today, Alfalfa Nails Supply has more than ten thousand salon customers. Ton has developed many lines of nail products including well-known brands like Regal lacquers, ANS, QT, Lexi, Beyond, Sheila, Lila, Geluv, and Gelart. He engineered, developed, and now produces Ispa, Everest, Katai, Kata Gi, GspaW, Ion, Petalo and many more pedicure spas using the top of the line massage chairs known as HT-135 PS brand and designs, and builds much of the spas designs and the furniture used in his second business venture.

That business venture — Regal Nails — took root in 1997 while shopping in Wal-Mart. He noticed that Wal-Mart had a hair salon on site and yet it had no nail salons. Based on that observation, Ton developed the concept that became Regal Nails salons. Regal Nails was actually started by Bo Huynh, who began with one salon in 1996.

Huynh tried to expand the concept into a shopping mall and found it too complicated. He realized he needed a partner to make it work and eventually met up with Ton. Ton developed a system to handle the acquisition of sites, build-outs, decorating, furnishing and installing everything needed to run a franchise. He took over responsibility for the overall administration, development, growth, planning and quality control.

Ton met with Wal-Mart officials to convince them to lease space to Regal Nails. Wal-Mart turned him down at first because they did not think the concept would work. Ton refused to give up. He kept after Wal-Mart officials until they agreed to let him open a test store in Shreveport, La.

The first Regal Nails opened on October 29, 1997. The salon proved so successful that Wal-Mart agreed to let him open other salons inside their stores. He began selling franchises to Vietnamese immigrants and within ten years Ton had sold more than 900 franchises with plans to reach more soon. Franchises are located inside Wal-Mart Supercenters, Meijer, and HEB Stores and now working with AAFES to create services within military. At one point, they were growing at a rate of a hundred per year.

Gross revenue for Alfalfa Nails Supply continues to grow strong. Ton employs 60 people in the nail division and more than 25 in the franchise division. He owns eight warehouses on an industrial street in Baton Rouge and the Regal Nail franchises are growing in number and value per unit.

Ton would be the first to admit that making money is fun. The real joy for him and other successful business owners, however, comes not from padding their bank accounts. It comes, instead, from taking an idea, turning it into a successful business venture and growing that venture until it reaches its maximum potential.

And Ton has certainly done that.