Have you ever turned away a client due to signs of a nail infection or other potentially dangerous condition? How did the customer take it? 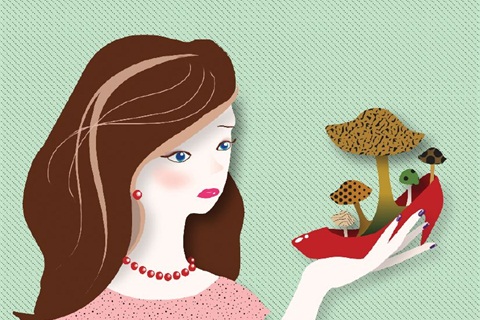 Yes I have, and the client took it really well. I suggested she get tested for fungus and explained that only a scraping would confirm what the symptoms were indicative of. She was understanding and actually came back later when she was given the go-ahead by her doctor.
Kathy Lynn Payne
Off Broadway Salon, Orangeville, Ontario, Canada

Yes I have. And it was a friend I worked with before going to cosmetology school. I was so scared to tell her, especially with me being new and it being her first time with me. She had been going to another shop before I opened and came in for a fill. She had a bit of green under one nail that was lifting. I took the approach of “For your safety, I don’t think we should do this right now.” I told her how it could affect her and the trouble she might have if we put the tips back on. I did not feel I needed to tell her that if I serviced her then other clients might get this. Instead, I made it all about making her better and educating her about proper nail care when wearing acrylics. She soaked off, bought a fungus remover, and is a loyal acrylic and pedi customer still today.
Justine Wilson
Justine’s Corner Spa, Oklahoma City, Okla.

I had just begun a pedicure on an elderly woman brought in by a close client. Upon getting her polish off I noticed one toenail that was a bit odd. It was spongy and squishy. I immediately stopped and inspected all of her nails. No others had the same sign, but I suggested she see a doctor. The following week the client came back and told me how impressed the doctor was with me because she had an infection and some people tend to ignore this without saying anything. With the elderly woman also being diabetic we stopped a bad situation from getting worse!
Stephie D
Mane Obsession Hair & Nail Studio, Mesa, Ariz.

I have turned away a few clients for infected nails and told them they needed to see their doctor, get it treated, and when it was taken care of I would be able to work on them. I have never had a bad reaction; instead they thanked me…and they did return.
Luna Nazi
Luna’s Hair & Nail Salon, Camden, Tenn.

I have clients with fungus who are understanding, but the ones with ingrown toenails that need medical help generally get mad when I tell them I can’t cut them out for them. I have also turned away people with open wounds, and some get mad and some don’t.
Porsche Reese
Mountain Escape Spa, Ider, Ala.

Yes, I’ve turned away several people for nail services over my 25 year career. Just this year I had to be firm with a regular client who wanted to continue getting nail enhancements even though her psoriasis around her cuticles and fingers had become worse. Each appointment I began to dread seeing her because her skin was so tender and swollen that it was painful for her to sit through a fill without flinching and “ouch”ing, yet she was dead-set against natural nails. Many times I refused to fill her because of her open, seeping skin, but then her nails had a lot of lifting the next time I’d see her, so it was a vicious cycle. I read up on the subject, consulted two doctors (both who said I was increasing my liability if I worked on her), and finally I put my foot down with her. We had to go natural or I could not work on her again. So she took her business to another nail salon and though I’ve lost that income, it’s worth it overall.
Jill Wright
Jill’s — A Place for Nails, Bowling Green, Ky.

Under the Microscope: Our Series on Nail Disorders