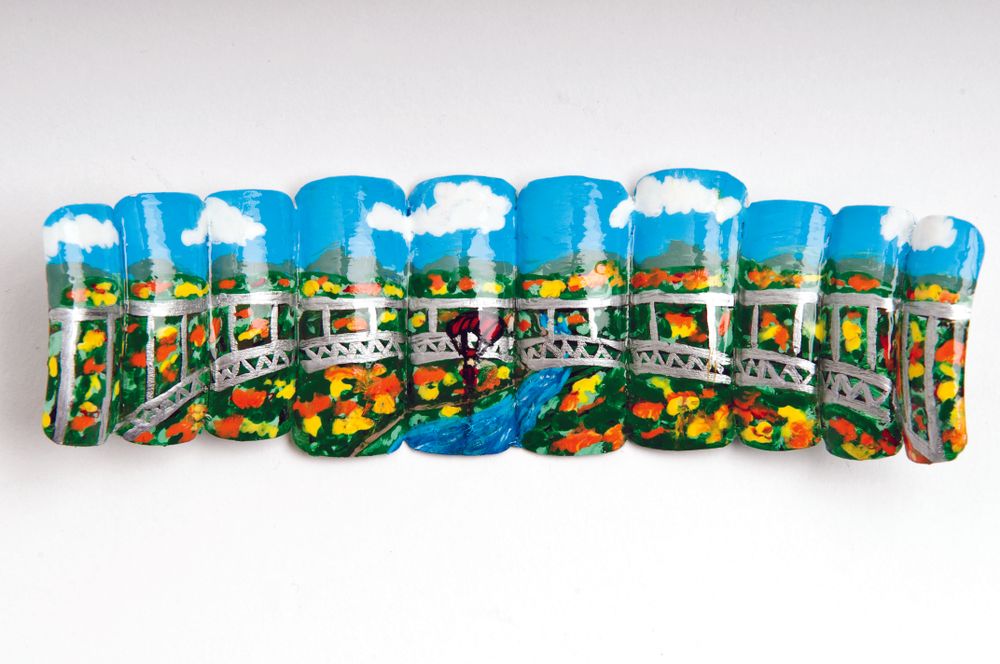 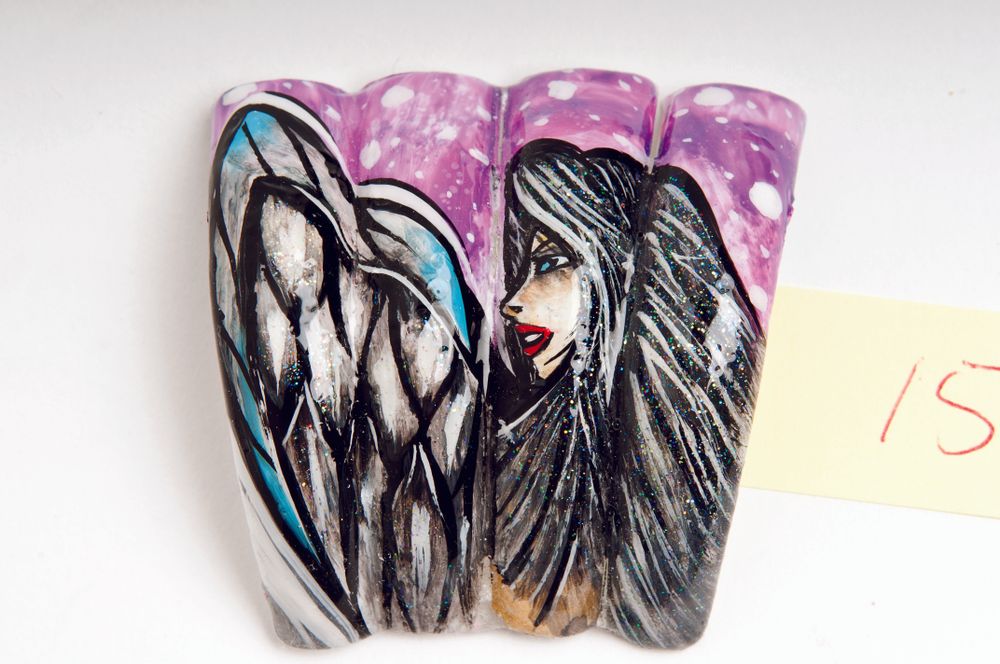 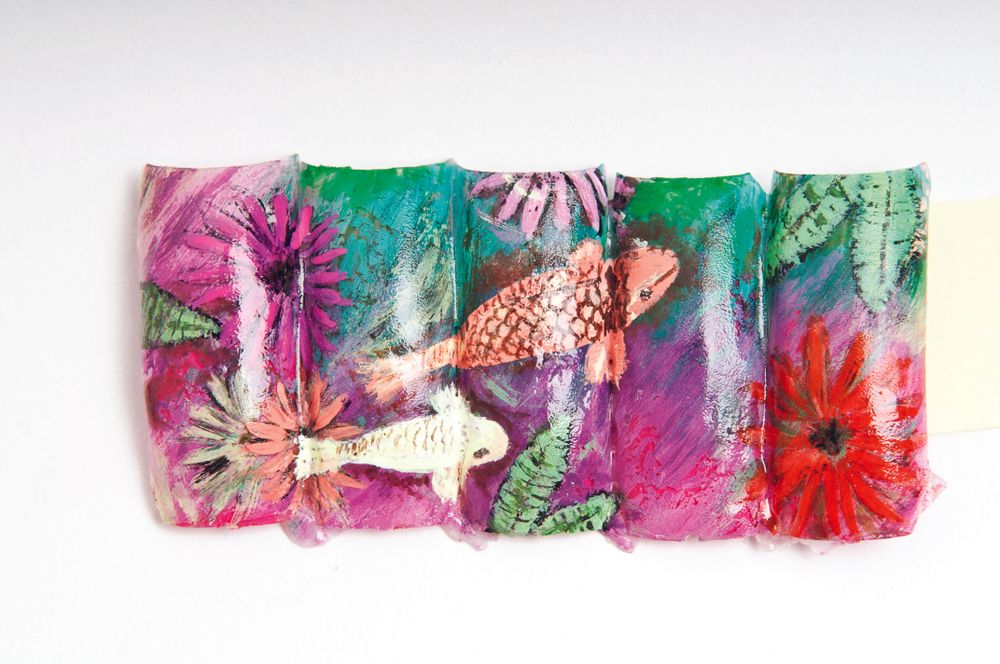 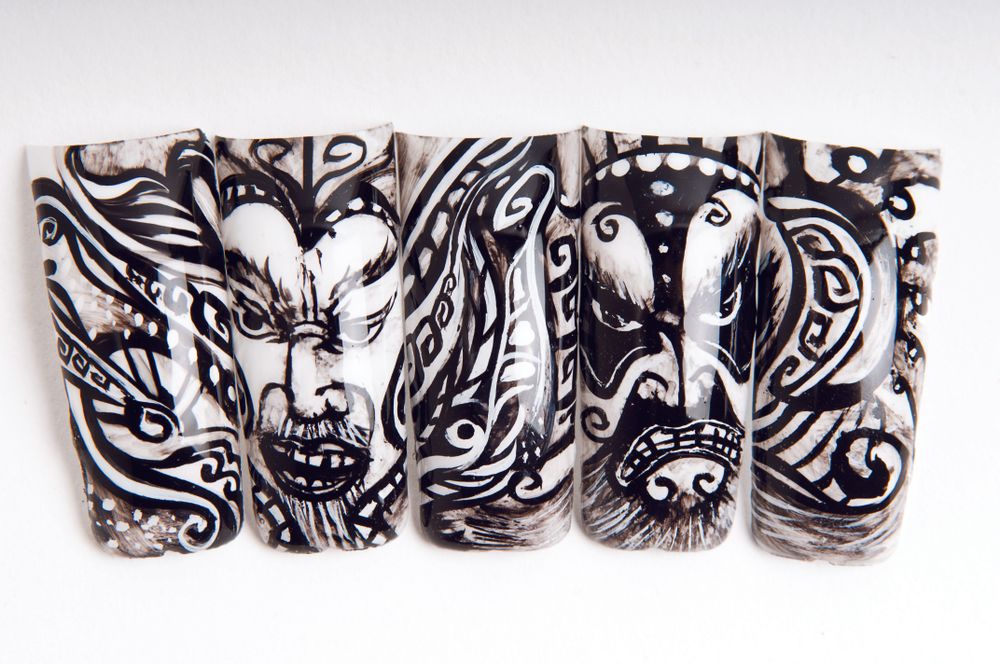 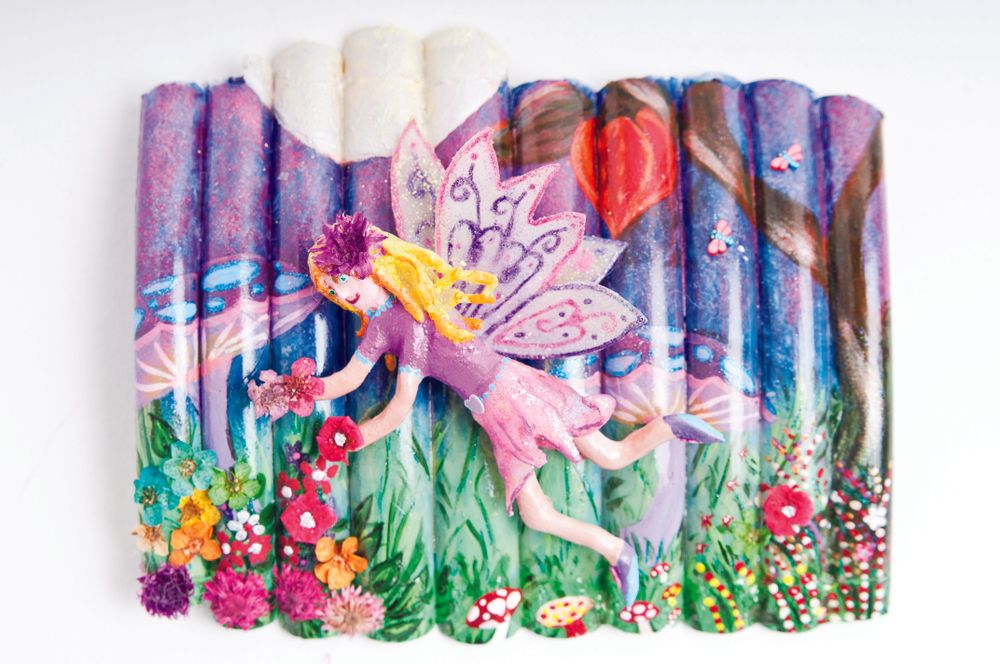 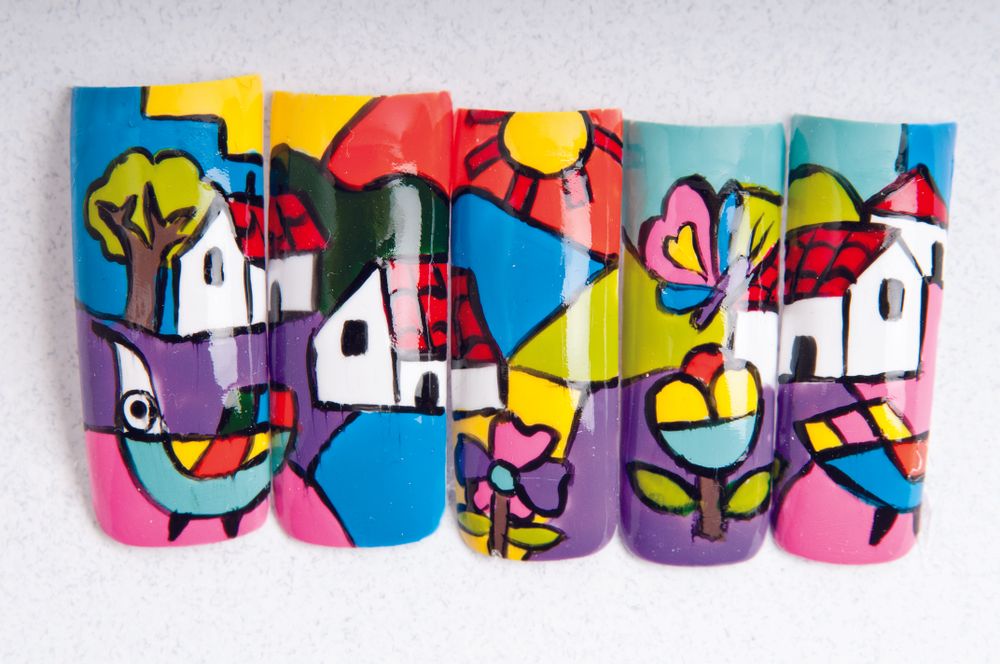 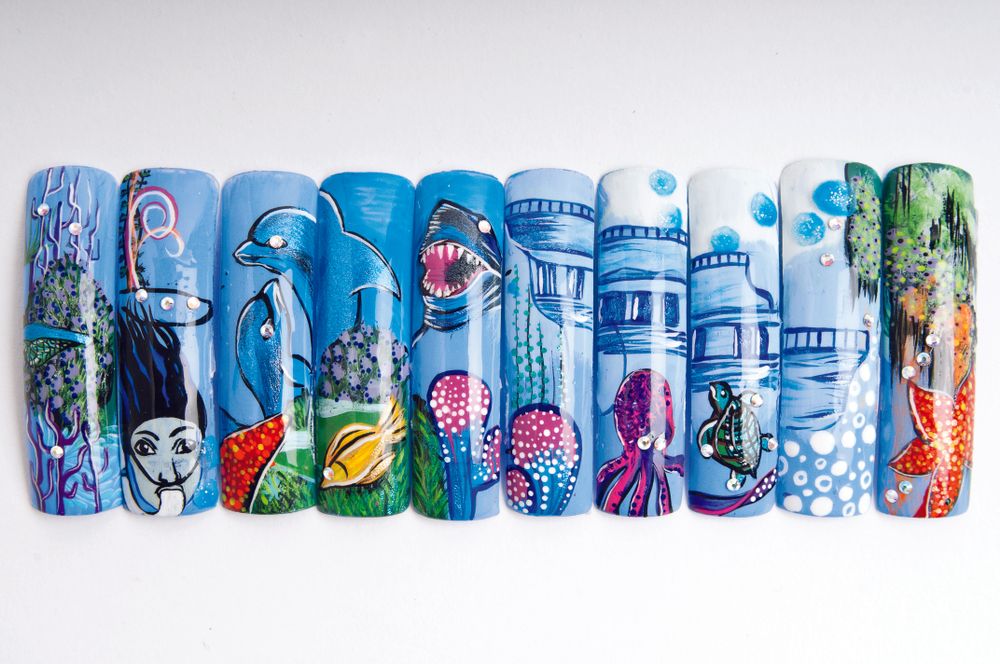 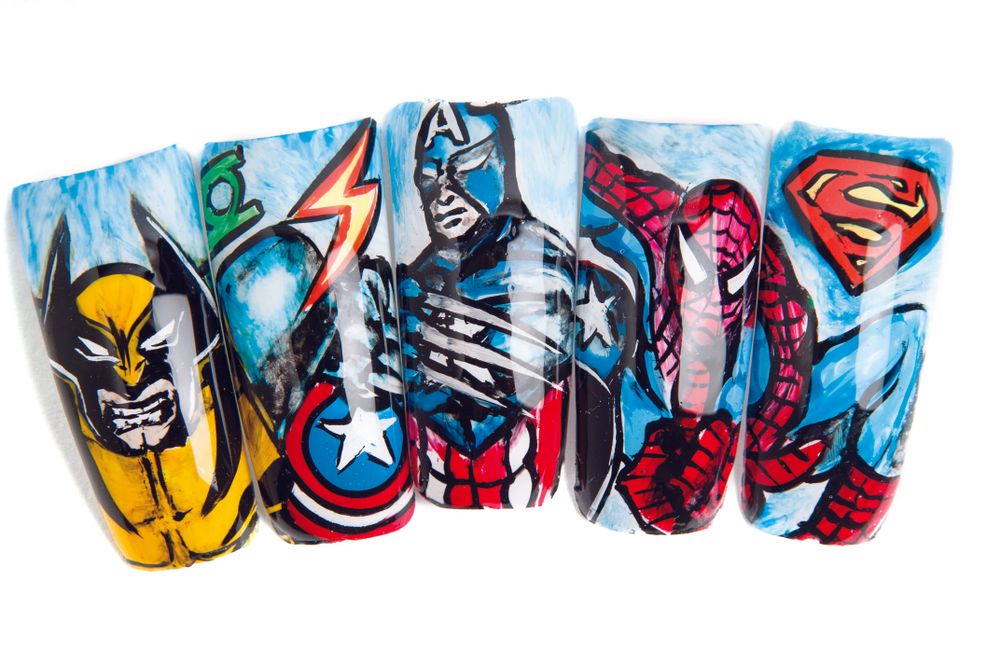 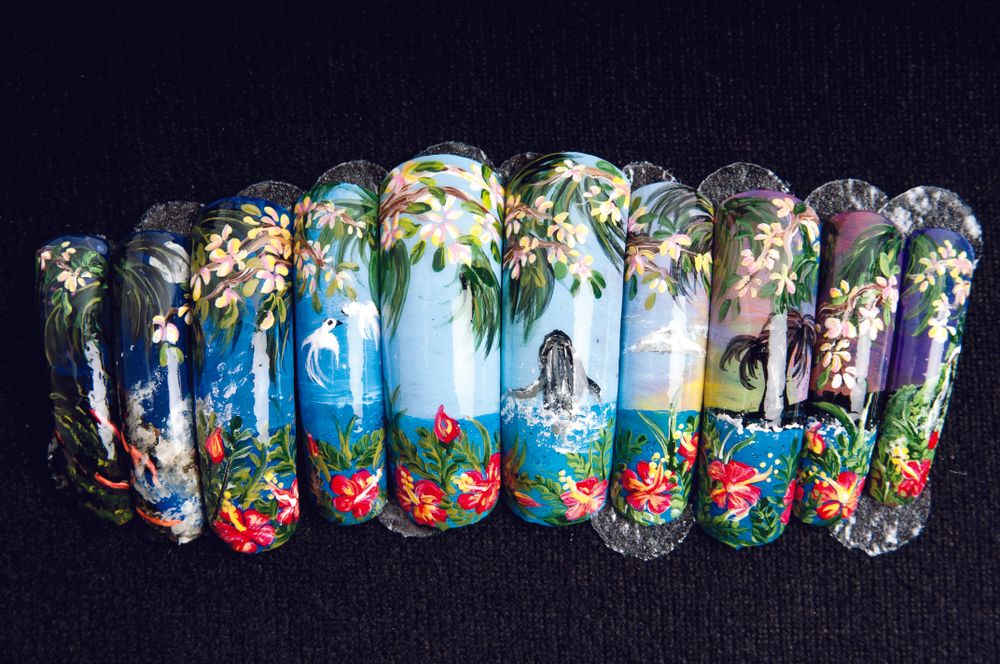 It took Robert Nguyen of Salon Nouveau in Bonsall, Calif., about six hours to complete the winning mural. “I did an instrument theme,” says Nguyen. “I wanted to show some well known people in the music industry: Stevie Wonder, Slash, Jimi Hendrix, Steven Tyler, and some people I made up.” To create the hand-painted mural, he used four different DNA brushes. “I didn’t use any special techniques. All the techniques I used are shown in the “1-2-3 Nail Art” books, which are available in NAILS’ online store.

Nguyen has never taken a formal painting class, so what’s the source of his talent? “All of my family are artists,” he says. “I didn’t know I could paint until I started doing nails. Before doing nails I took drafting classes. Everything I’ve learned has been from my older brother Vu Nguyen.”

10+Free Clean Nail Color is a plant-based polish that is 21-free and vegan. The brand partnered with designers PRISCAVera, Sandy Liang, and Noon By Noor for runway nail looks.

Jin Soon Choi does nails for Proenza Schouler and Khaite at NYFW FW20.

NYFW: Beauty At The Blonds F/W 2020 By Moroccanoil, CND and MAC

Kevin Hughes of Moroccanoil, the CND team and Kabuki for MAC pulled out all the stops for The Blonds, F/W 2020 during NYFW. Here the artists share details for the look, under the theme of "Rococo Angels."

Swarovski's Spring Summer 2021 theme is Time to Shine. Nail art inspired by two of the moods from this theme are Extravagant Brilliance and Edgy Illumination.