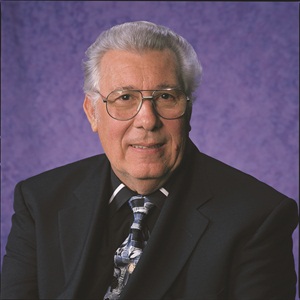 Jack Megna has been involved in the cosmetology industry for over four decades. He has been a licensed cosmetologist, an instructor, a beauty school owner, and an author before becoming the driving force behind Backscratchers Salon Systems, Inc.

Much of Backscratchers’ business philosophy of “education first” is due to Megna’s personal understanding that getting ahead means learning more and more. After he was promoted from instructor to manager of the beauty school he eventually came to own, he continued his studies to earn the prestigious Life-Time Clear Teaching credentials. It was this course of study that provided Megna the foundation to build a successful business.

In addition to his many responsibilities, Megna was a dedicated member of the California Association of Schools of Cosmetology (CASC) and served on the board of directors for eight years as the secretary/treasurer. His service to the CASC included serving as liaison between the school owners and the California State Board of Cosmetology and lobbying for legislation favorable to students and the industry.

Jack was also instrumental in the research and production of Geometric Haircutting and the Contemporary Text of Hairstyling, which have become the main textbooks for beauty schools across the country.

In March 1984, Glass Glaze fiberglass nail wrap system was named, labeled, and trademarked, an initiative by Megna. By July 1984, Backscratchers Salon Systems was incorporated. Megna coordinated every aspect of the business, from securing financial backing to working with chemists to selecting office and warehouse space.

As chairman of the board of the nation’s fastest growing nail company, Megna continues to seek product improvements, increase market share, and build a stronger organization. Today, thanks to Megna’s hard work and dedication, Backscratchers has advanced from a start-up company to a multi-million dollar entity with worldwide distribution and international prominence.