Who did you use as your hand model for your state board exam and why did you pick that person? 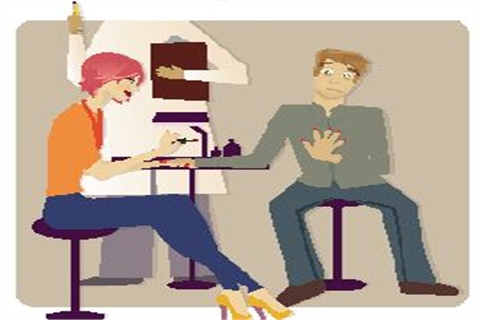 I was supposed to take my daughter, but at the last minute, my friend (who was taking her exam at the same time) had her model back out. I called my husband and begged him to drive up to L.A. and be my model so my daughter could be my friend’s model. Luckily, my husband was such a trooper and drove up to be my model. He sat there while I put enhancements on his hand and painted all his nails red. He said he was so embarrassed at the end of the exam when they told all the models to leave, red nails and all.
Sherrie McCarter
Retro Beauty Bar, Los Alamitos, Calif.

I used my mom because I knew she wouldn’t be upset if the nails turned out bad. She still wore them. But that was over 27 years ago. Now she loves wearing my nails.
Stacey Wolfe
Fancy Fingers, Libertyville, Ill.

I used my friend, Natasha, who was also my brother’s girlfriend. I don’t think I would have made it without her. I was so nervous. I spilled my breakfast and could not open my carton of orange juice. I finished my written exam in about 20 minutes and I came out of the room balling my eyes out because I just knew I had failed. Turns out I passed my tests (written and practical) with flying colors, plus not only is Natasha still my friend — she is now my sister-in-law!
Nykicia Anderson
Upper Marlboro, Md.

I used my mother-in-law because she remains calm in any situation. I forgot my tips and a few small things went wrong but she remained calm and quiet, and everything turned out great.
Nici Rodriguez
Spa Mystyk, Chicago

My husband. If I failed I wanted him to be the one who comforted me.
Joanne Boice
Haute Pink Studio, Santee, Calif.

I had to be there at 8 a.m. so I stayed with my two sons in their apartment the night before. I called my model and she was nowhere to be found. I was panicking! My 27-year-old son became worried for me and volunteered! He came dressed in a suit because he had to go to work after. While I was doing the manicure, I accidently nipped a hangnail too close. We couldn’t talk, so I breathed quietly through my lips, “Use all your Air Force training and don’t bleed!” Thankfully, he didn’t bleed and I applied the acrylic and fiberglass perfectly!
Sharon Frenz
The Nail Boutique, Tomah, Wis.

I used my grandma. My mom had used her 17 years earlier, so she had been there before.
Monica Lowden
Simple Elegance, Norman, Okla.

I had to take the practical exam twice. The first time I used my best friend because she had been my model for my mock boards in school and knew what was required of her. When I failed and wasn’t sure why, I used my husband for the retest, because he knew the procedure almost as well as I did from helping me study and would be able to tell me what I missed if I failed again. Thankfully, I didn’t!
Anne Schlegel
Nailed It!, Racine Wis.

Reader to Reader: Was your family supportive of your decision to go into the beauty industry?

Was your family supportive of your decision to go into the beauty industry? How did their support (or lack thereof) affect your career?

What should I wear to a job interview?

What should I wear to a job interview at a salon?

Reader to Reader: Who did you choose as your state board hand model and why?

Who did you use as your hand model for your state board exam and why did you pick that person?